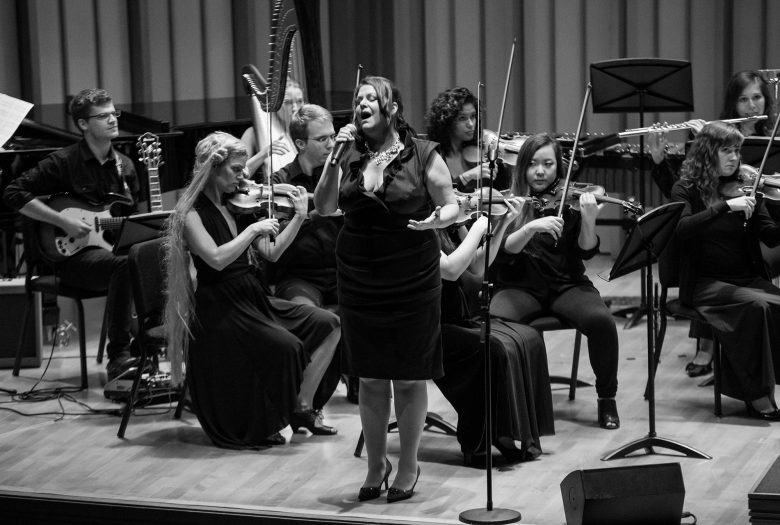 Originally conceived as a video tribute celebrating the anime’s 20th anniversary, SERASYMPHONY features music and songs from the 1992 Pretty Guardian Sailor Moon anime and 2014 reboot performed by a live orchestra. Reuniting at this concert are conductor and arranger Bobbie Lee Crow III, violinist Annette Homann, pianist Yasuhiko Fukuoka, and singer Jennifer Cihi, the original American singing voice of Sailor Moon who first performed with the ensemble in Los Angeles in 2015.

Best known for her work in the 1995 North American Sailor Moon dub by DiC Kids, Cihi has performed her signature songs such as Carry On, My Only Love, and The Power of Love at major conventions including Anime Expo, MTAC, and Malta Comics Expo in Europe. During this performance, she will perform a medley of North American music and premiere a new composition inspired by Sailor Moon Crystal with a mixed choir.

All ticket prices are $5 more at the door.