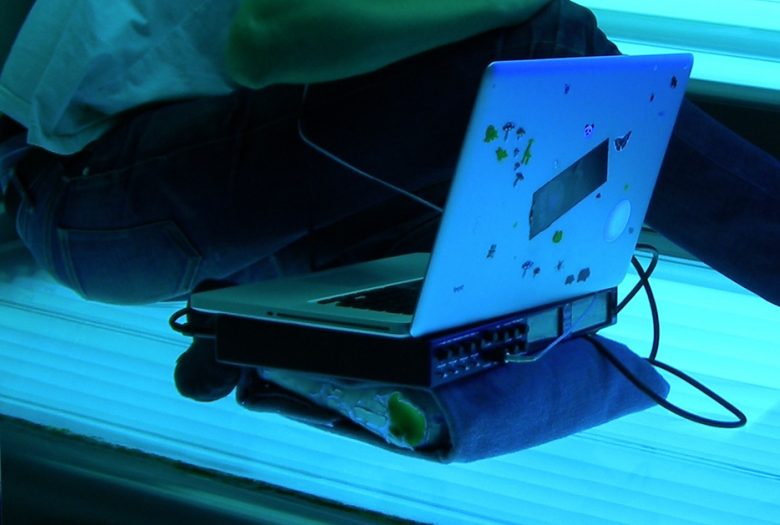 “Tcherepnin is like a jester holding court, playing our emotions with his digital flute — one we never actually see but are very aware is present.” –The Brooklyn Rail

For his Jerome Foundation commissioned performance, Sergei Tcherepnin presents a new composition for piano and multichannel electronics. The work – rooted in a particular style of improvising that he has developed over the years and best described as “folk music from another planet” – draws from a wide range of influences, such as Giacinto Scelsi’s one-tone compositions, Valentin Silvestrov’s floating Metamusik, and Maryanne Amacher’s studies in structure borne sound.

In this piece, Tcherepnin fuses together his piano improvisations within a carefully constructed sound “stage” which places the piano in a distinct other world – this “world of sound” is reminiscent of the reality depicted in Olaf Stapeldon’s fiction (of the same name) in which space and bodies are navigated and differentiated by perception of sound. The “sound stage” acts as a force of nature, leaving large gaps for the piano-meteor to float adrift, only to renew a sense of gravity-center through the reoccurrence of dense new worlds of sound. But with each new gravity-center comes a new sense of reality.