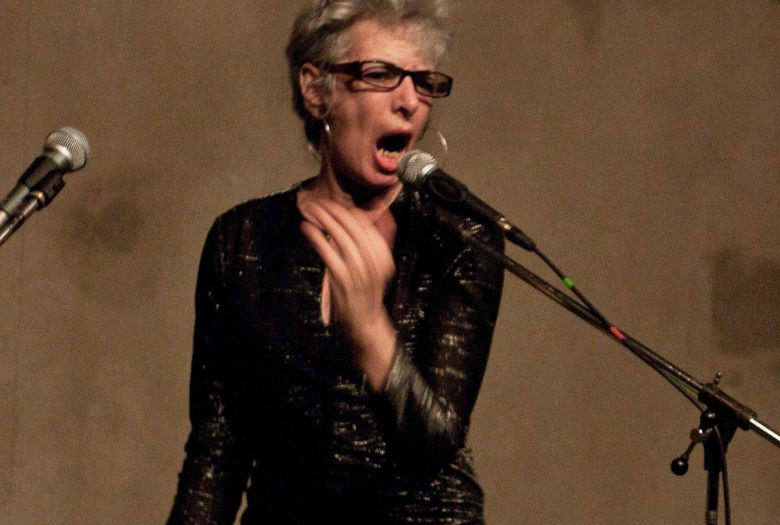 An Evening to Benefit Roulette

She can be heard on dozens of CDs including her just released CDs “The Far In, Far Out Worlds of Shelley Hirsch” (Tzadik) and “Duets” with gutarist Uchihashi Kasuhisa (Innocence Records), and on her solo CD “States” (Tellus); her storytelling CD “O Little Town of East New York” (Tzadik); “Haiku Lingo” (No Mans Land) last two co-composed with longtime collaborator keyboardist David Weinstein- and the LP “Singing” (Apollo).

Zoe Beloff works with a variety of cinematic imagery: film, stereoscopic projection performance, interactive media and installation. Her projects are philosophical toys, objects to think with. More and more she finds herself fascinated by phantoms, by images that, “are not there”. Her work investigates the space where technology intersects with unconscious desire. Zoe’s work has been exhibited internationally. Venues include: The Museum of Modern Art and the Whitney Museum in New York, the Rotterdam Film festival, Pacific Film Archives and the Pompidou Center. www.zoebeloff.com < http://www.zoebeloff.com >

Charming Augustine
Stereoscopic 16mm B/W Film Sound 40 minutes.
Cast: Tea Alagic, Greg Mehrten, Josh Stark, Steven Rattazi, Kevin Maher, Eileen White, Eliza Fernbach
Original music: Miguel Frasconi
Charming Augustine was inspired by series of photographs and texts on hysteria published in the 1880’s under the title of the Iconographie photographique de la SalpÃªtriÃ¨re. It is an experimental narrative based on the case of a young patient, Augustine. The film explores connections between attempts to document her mental states and the prehistory of narrative film. To conjure up a time just prior to the invention of cinema I shot the film in a stereoscopic format to suggest a different direction that cinema might have taken had it been invented in the 1880’s. Ultimately what I wish to convey is a fragile, spectral, what if”¦a moment in time when the moving image was on the brink of existence in a form not yet standardized.