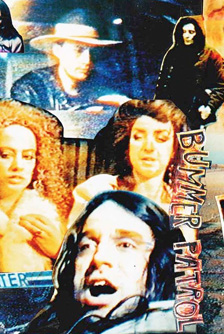 SHOWPAPER presents a series of events at Roulette celebrating the newspaper’s guest curators and participating artists’ work, in newsprint as well as their explorations in the mediums of sound and video. Curated in collaboration with Chris Johanson, this month’s event features the Showpaper Documentary as well as a screening of a 1990 public access television series from Williamsburg shot by SHOWPAPER cover artist, JED BRAIN ARCHIVES WEST, contrasting the decade-divided nostalgia of North Brooklyn in both the mid-2000s and the mid-90s. Accompanying JED BRAIN PICTURES will be a performance of 8bit and synth perversions by Narwhalz of Sound.

A video by recent SHOWPAPER cover artist, Dana Dart-Mclean, will also be included in the program, and all 3 covers from Chris Johanson’s curatorial series will be on view and available.

Showpaper is a free bi-weekly print-only publication which lists and promotes every all-ages & DIY show in the NYC / tri-state area. We spread the word about shows that would otherwise slip under the radar, and about the all-ages scene in general. Each issue also features a full color piece of art by a contemporary artist.