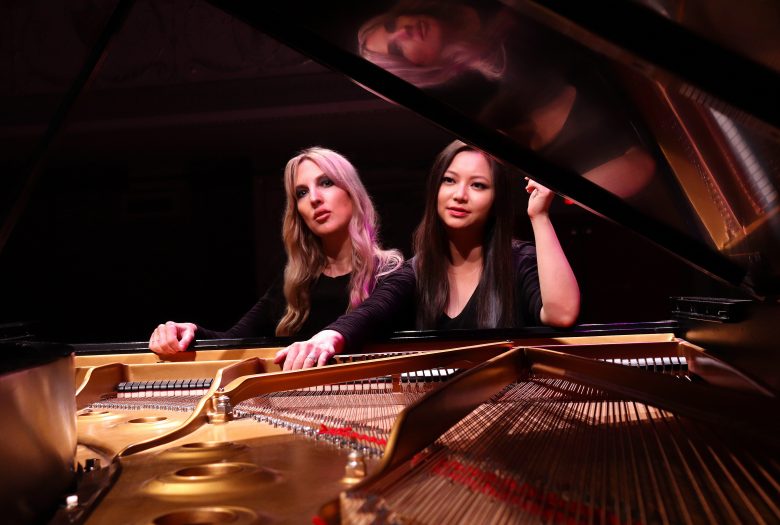 Introspective, multi-layered and quietly majestic, composer Jane Antonia Cornish’s Sierra is a vivid meditation on how our deep connection to nature can move us to an inner stillness and awaken the creative impulse.

Sierra consists of five separate pieces composed for multiple pianos, ranging from the poignant solo excursion ‘Last Light’ to the cascading, undulating ‘Ocean’ and the epic 15-minute title piece. Performed with confidence and commitment by pianist Vicky Chow, whose ability to flex in different interpretive directions, depending on the composer’s intention, is renowned in the modern classical community, Sierra captures a palette of subtle but insistent emotions — wonder, wistfulness, joy and awe — that can elevate and transport us with astonishing power.

Hong Kong / Canadian pianist Vicky Chow has been described as “brilliant” (New York Times) and “one of our era’s most brilliant pianists” (Pitchfork) She has performed and toured around the world as a soloist and as a chamber musician. She is currently the pianist for Bang on a Can All-Stars. The New Yorker wrote [on her recording of Michael Gordon’s Sonatra], “Sonatra is a milestone of composition, and Vicky Chow’s recording of it is a milestone of pianism.” Her album “Surface Image” composed by Tristan Perich was among the top 10 Avant Music albums in the Rolling Stone magazine. As an artist frequently broadcasted on WNYC radio, her recorded work can be found on the Nonesuch, New Amsterdam, Tzadik, and Cantaloupe Music, labels. Interviews and articles featuring Ms. Chow have been published in the Huffington Post, Gramophone, The New York Times, and others. As an educator, she has given masterclasses, seminars and workshops at The Juilliard School, Manhattan School of Music, New England Conservatory, New York University, Beijing Conservatory, Moscow State Tchaikovsky Conservatory, Bard College, Sydney Conservatorium of Music and many others. Ms. Chow is on faculty at the Bang on a Can Summer Festival at MASS MoCA in North Adams, MA and has also been on faculty at the Banff Centre for Arts and Creativity. She is on the Board of Advisors for Composers Now, and is a mentor for the Juilliard School mentoring program. Ms. Chow is a Yamaha Artist. www.vickychow.com

Time, silence, light, reflection and transcendence: exploring these themes, Jane Antonia Cornish’s five studio albums have been met with wide acclaim, and have been called “a font of wistfulness and melancholic beauty” by WQXR, “beautiful” by BBC Radio 3, “patient, virtuosic, and mesmerizing” by Tom Schnabel, KCRW and “a virtual blessing in a world gone mad” by ICON Magazine.

The music from these albums has led to collaborations in the world of ballet. Ask la Cour, NYC Ballet Principal, choreographed a pas de deux to Into Silence, which was performed and toured by Stars of American Ballet. Most recently the Royal Swedish Ballet performed a new work by Joseph Sturdy to music by Jane Antonia and Michael Gordon,

The first woman in history to win a British Academy Award (BAFTA) for music, Cornish has also scored many films, including Fireflies in the Garden starring Julia Roberts, Ryan Reynolds, and Willem Dafoe. She was named one of the UK Film Council’s “Breakthrough Brits in Hollywood” and was nominated for “Breakthrough Composer of the Year” award by the International Film Music Critics Association.

Cornish studied composition at The Royal Northern College of Music with Anthony Gilbert, where she was made a Major Scholar. She went on to complete her postgraduate degree at the Royal College of Music, London. http://www.janeantoniacornish.com