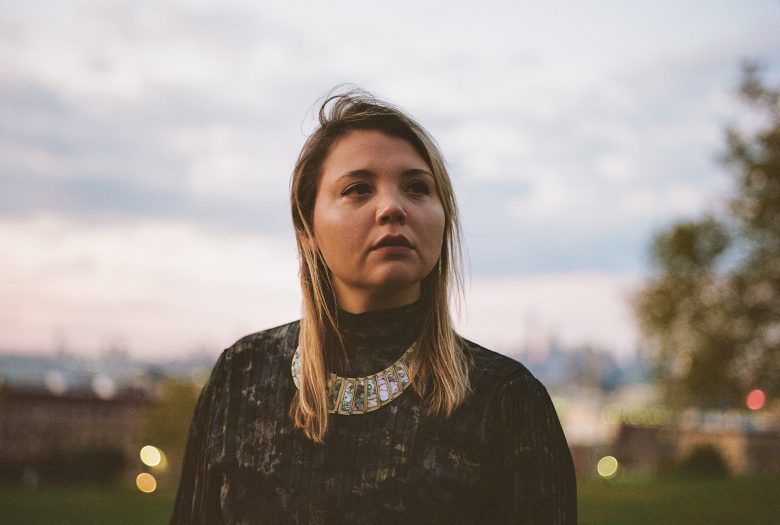 Roulette is pleased to present the second performance of composer Sonya Belaya‘s year-long residency. Cognitive Distortions / Ancestral Patterns examines cognitive distortions (also known as automatic thoughts) through the perspectives and stories of immigrant women. Cognitive distortions are habitual thought patterns humans experience every day that are negative or biased. As identified by Western psychology, there are twelve common cognitive distortions. In this collective storytelling, Cognitive Distortions / Ancestral Patterns examines how the intersection of ancestry, psychology, spirituality, and culture plays into automatic thoughts, and considers the restructuring of thought patterns as a blueprint for radical healing.

Sonya Belaya is a Russian-American pianist, singer, composer, and improviser, who divides her time between Michigan and New York. Committed to multiplicity, she is a diverse music-maker invested in vulnerable art and the development of strong, personal collaborations. Her work centers on the integration of womxn’s trauma as musical narrative, with a focus on storytelling as a symbol of powerful vulnerability. Sonya is a 2020-2021 Resident Artist at Roulette Intermedium, made possible by the Jerome Foundation. She has performed as a pianist and singer with members of the Detroit Symphony Orchestra, New Music Detroit, Wild Up, Michigan Opera Theatre, Russian Renaissance, and Bang on a Can All-Stars. Sonya’s lead project is “Dacha”, an octet flowing freely through influences of creative music, jazz, folk, and contemporary music. The ensemble seeks to preserve and re-contextualize the ancestral memories of Russian folk traditions. Consisting of musicians from diverse musical backgrounds, the project uses storytelling and improvisation as a governing principle to transcend these differences for deeper musical dialogue. Dacha was born out of a necessity to find a sense of home and belonging when Belaya’s mother went missing in 2014. This resulted in the first project, Songs My Mother Taught Me, a five-song cycle released in May 2019. Belaya released a second album with the ensemble, Dacha: Live at Roulette, in September 2020.

The Bergamot Quartet is fueled by a passion for exploring and advocating for the music of living composers. Founded in Baltimore in 2016, Bergamot Quartet is based in New York City and is currently the Graduate String Quartet in Residence at the Mannes School of Music. Although most of our 2020–2021 season has been impacted by COVID-19, we strongly believe in the creation of art and amplification of voices during this cultural watershed moment more than ever. We are thankful for the opportunities to continue collaborating amongst ourselves, and with other artists, educators, and our communities, and have been excited to focus our energies on education, commissioning projects, and recordings. Some of our current season’s engagements include being presented by the Boulanger Initiative, An Die Musik LIVE, and the Mannes Sounds Festival, being the virtual ensemble-in-residence for the Jr. Bach program at the Peabody Institute and for MATA Jr. 2020, and artists-in-residence at Arts-on-Main in Gloucester, VA. Other projects include commissioning two new works in collaboration with the Towson University New Music Ensemble, collaborating with CNSNC collective on their upcoming album Hearing Stars in conjunction with the Space Telescope Science Institute, and co-commissioning  Darian Thomas with Sō Percussion as part of their Flexible Commissions project.

Hailing from Temple Hills, MD, Tyrone Allen began his musical journey on the recorder at the age of 3. Taking instruction from his father who taught in DC public schools, Allen developed an ear for many genres very early on. He studied Classical and Jazz music at Eastman School of Music under James VanDemark and Jeff Campbell respectively, and then went on to attend the Berklee College of Music. There he received a Masters of Music from the Berklee Global Jazz Institute. Allen now resides in Brooklyn, NY, and is making an impact on the NYC jazz scene. He plays with Ralph Peterson in the Ralph Peterson Fo-tet, Terri-Lynne Carrington, George Garzone, Jerry Bergonzi, Sullivan Fortner, David Kikoski, and Wayne Escoffrey, to name a few since graduating from Berklee. Most recently Tyrone has performed around the globe with Jazzmeia Horn, Laurin Talese, and has performed and recorded with Rodney Greenʼs newest project, Jackson Miller.

María Grand is a saxophonist, composer, educator, and vocalist. She moved to New York City in 2011. She has since become an important member of the city’s creative music scene, performing extensively in projects led by or including musicians such as Nicole Mitchell, Vijay Iyer, Craig Taborn, Mary Halvorson, Jen Shyu, Aaron Parks, Fay Victor, Joel Ross, etc. She is a recipient of the 2017 Jazz Gallery Residency Commission, the 2018 Roulette Jerome Foundation Commission, and the 2019 Roulette Residency.

Guitarist, singer, and producer Grey Mcmurray has been called “sublimely odd” (New York Magazine) and “the world’s least obtrusive guitarist” (The Guardian). He released his first solo album Stay Up through Shahzad Ismaily’s figureight records on September 20th, 2019. He has performed/recorded with Gil-Scott Heron, Meshell Ndegeocello, Tyondai Braxton, Alarm Will Sound, Olga Bell, Skuli Sverrissonn, Ali Sethi, Theo Bleckmann, Beth Orton, ACME, Colin Stetson, So Percussion, Shahzad Ismaily, Sam Amidon, and John Cale, among others. He is a co-leader of the trio Tongues in Trees with Samita Sinha and Sunny Jain, and of the duo itsnotyouitsme with Caleb Burhans, with four releases on New Amsterdam Records. He hopes every day to provoke joyful tears in strangers’ eyes.

Born in San Diego, CA, and raised in Sacramento, Ches Smith came up in a scene of punks and metal musicians who were listening to and experimenting with jazz and free improvisation. He studied philosophy at the University of Oregon before relocating to the San Francisco Bay area in 1995. After a few years of playing with obscure bands and intensive study with drummer/educator Peter Magadini, he enrolled in the graduate program at Mills College in Oakland at the suggestion of percussionist William Winant. There he studied percussion, improvisation, and composition with Winant, Fred Frith, Pauline Oliveros, and Alvin Curran. One of Winant’s first “assignments” for Ches was to sub in his touring gig at the time, Mr. Bungle (here he met bassist/composer Trevor Dunn who would later hire him for the second incarnation of his Trio-Convulsant). During his time at Mills, Ches co-founded two bands: Theory of Ruin (with Fudgetunnel / Nailbomb frontman Alex Newport), and Good for Cows (w/ Nels Cline Singers’ Devin Hoff). He currently performs and records with Xiu Xiu, and Secret Chiefs 3. He has also performed with Ben Goldberg, Annie Gosfield, Wadada Leo Smith, John Tchicai, Fred Frith, and Trevor Dunn. In addition to Ceramic Dog, he also leads two of his own projects, Congs for Brums and These Arches. He currently spends his time between Los Angeles, San Francisco, and Brooklyn.

Cognitive Distortions, Ancestral Patterns was developed as part of Sonya Belaya’s Roulette 2021 Residency, made possible with funds provided by the Jerome Foundation. This performance is presented through Roulette’s GENERATE program, providing over 30 artists each year with in-depth creative and technical support.