On May 8th, 2014 Roulette will present a benefit concert that salutes 35 years of presenting and supporting experimental music, dance and Intermedia in New York. This special concert will feature six performances from emerging artists whose work Roulette has cultivated through residencies, commissions and presentations designed for emerging artists over the past five years and WNYC’s David Garland will serve as Master of Ceremonies.

Jennifer Choi, Well-Spent for violin and electronics by Eve Beglarian

Darius Jones, The Oversoul Manual, with The Elizabeth-Caroline Unit

Varispeed, Love is a Good Example by the late Robert Ashley

Pre-Reception with cocktails and refreshments from 7pm-8pm. 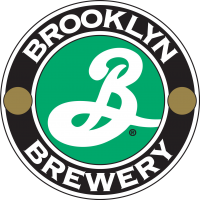 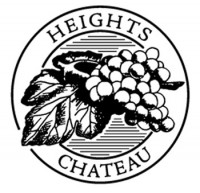 About the Artists and Presenters: Composer/trombonist Jim Staley is renowned for his groundbreaking solo performances and collaborations with advanced music creators including Fred Frith, Tom Cora, Morgan Powell, David Weinstein, Takehisa Kosugi, Ikue Mori, Robin Holcomb, and many others. He has worked with many choreographers (Suzie Brown, Pooh Kaye, Debra Loewen, Sally Silvers and others), and been a member of several creative music ensembles including Psychological Operations, Elliott Sharp’s Carbon, The Tone Road Ramblers, groups headed by Lenny Pickett and John Zorn, the Slide Hampton Jazz Ensemble, and the New York Composers Orchestra. Staley was a founding member of Roulette Intermedium Inc., the director of its performance series since 1978, and he is the producer of the Roulette TV series.

David Garland is a composer/performer who also hosts and produces WNYC-FM’s Spinning On Air, an eclectic music show that he started in 1987. In addition, Garland hosts Saturday and Sunday evenings on WQXR. He is the host and producer of Movies On The Radio, Saturdays at 9 pm, a show that explores the art of music for film, from classics to indies to blockbusters. Garland presents Old-School, an early music show on WQXR, Sundays at 9 pm. Ten albums of his music have been released. 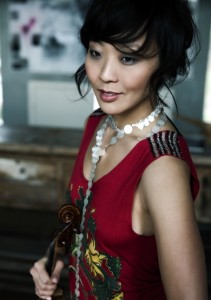 Jennifer Choi has charted a career that breaks through the conventional boundaries of solo violin, chamber music, and the art of creative improvisation. She is regularly sighted in performances of works that stretch the limits of violin playing with extended techniques, improvisation, and the use of electronics. She has premiered numerous solo and chamber works by John Zorn including Goetia, Le Momo, and Amour Fou, as well as the world premieres of Wadada Leo Smith’s Afrikana 2 Concerto for Violin and Silver Orchestra, Randall Woolf’s Holding Fast for Violin and Video, and Daniel Felsenfeld’s Bad Coffee Serenade for violin and chamber orchestra. She can be heard on over a dozen albums for TZADIK record label in compositions by John Zorn, Elliott Sharp, Wadada Leo Smith, and the Susie Ibarra Trio. A prominent chamber musician, Jennifer was a former violinist of the Miró String Quartet and ETHEL and currently performs regularly with the Either Or Enemble. 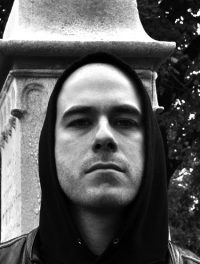 Mario Diaz de Leon is a composer and guitarist, known for his performances on guitar and electronics, as well as his compositions for chamber ensembles. His influences include composers such as Ligeti, Xenakis, and Scelsi, underground metal, and a wide range of electronic music.  His work as a composer has developed in part through extended collaborations with the ICE and Talea ensembles, and has also been performed by Eighth Blackbird, Mivos Quartet, JACK Quartet, San Francisco Contemporary Music Players, Alter Ego (Italy), and Romania’s Hyperion Ensemble.  He currently records and performs as Oneirogen, an experimental project known for its merging of ethereal synths, brutal distortion, and noise influences. His discography includes releases on labels including Tzadik, Denovali, and Shinkoyo. He holds degrees in composition from Oberlin Conservatory and Columbia University. 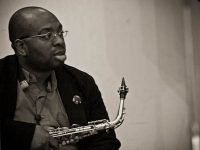 Darius Jones is an alto saxophonist and composer who joined the New York music community in 2005. Jones has collaborated with Gerald Cleaver’s Black Host, Oliver Lake Big Band, William Parker’s Essence of Ellington, Mara Rosenbloom Quartet, Trevor Dunn’s Proof Readers, James Carter, Fred Ho, Eric Revis, Elliott Sharp, Matthew Shipp, and many more. Nominated in 2013 for Alto Saxophonist of the Year, and for Up and Coming Artist of the Year two years in a row by the Jazz Journalists Association Jazz Awards, Jones made his recording debut as a bandleader in 2009 on AUM Fidelity with the Darius Jones Trios’Man’ish Boy (A Raw & Beautiful Thing). With visual artist Randal Wilcox, Jones has developed the Man’ish Boy Epic, an ongoing Bildungsroman for the Twenty-First Century that folds Jones’ original, all-encompassing musical quest into a startling science fiction story. 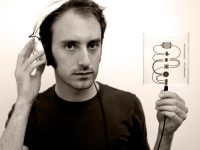 Tristan Perich‘s work is inspired by the aesthetic simplicity of math, physics and code.  The WIRE Magazine describes his compositions as “an austere meeting of electronic and organic.” 1-Bit Music, his 2004 release, was the first album ever released as a microchip, programmed to synthesize his electronic composition live. His latest circuit album, 1-Bit Symphony (Cantaloupe, 2010) has received critical acclaim, called “sublime” (New York Press), and the Wall Street Journal said “its oscillations have an intense, hypnotic force and a surprising emotional depth.” His award winning work coupling 1-bit electronics with traditional forms in both music (Active Field, Observations) and visual art (Machine Drawings, Microtonal Wall) has been presented around the world, from Sonar and Ars Electronica to the Whitney Museum and bitforms gallery. 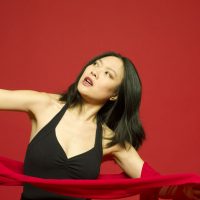 Jen Shyu is an experimental jazz vocalist, composer, multi-instrumentalist, dancer, scholar, and educator, having performed internationally as a solo artist, bandleader, and collaborator. Also a Stanford University graduate, MacDowell, Yaddo, and Montalvo Arts Center fellow, she has toured and recorded with saxophonist Steve Coleman & Five Elements since 2003 and has presented her own music at Lincoln Center, Brooklyn Academy of Music, Blue Note NYC, Bimhuis (Netherlands), Salihara (Indonesia), National Theater of Korea and National Gugak Center in Korea to name a few. Shyu has sung with Anthony Braxton in his operas Trillium E and Trillium J (April 2014), Dave Burrell, Chris Potter, Mat Maneri, and Michael Formanek among many others. She has produced 5 albums as a leader: For Now, Jade Tongue, Inner Chapters, Raging Waters and Red Sands, and is the first female artist and vocalist as bandleader on the Pi Recordings label with the widely praised album Synastry with legendary bassist Mark Dresser. 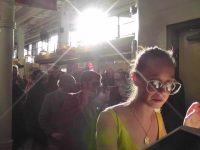 Varispeed is a collective of composer-performers that creates site-specific, sometimes-participatory, oftentimes-durational, forevermore-experimental events. Founded by Aliza Simons, Dave Ruder, Paul Pinto, Brian McCorkle, and Gelsey Bell, Varispeed came together in June 2011 to perform Perfect Lives Brooklyn, a 12-hour celebration of Robert Ashley’s landmark opera. Subsequently, they were invited to perform an updated version across the river as part of Performa ’11, and Perfect Lives Manhattan made Time Out New York and New York Times’ critic Steve Smith’s “Best of 2011” list. In August 2012, Varispeed presented their second full scale project, an over-night arrangement of John Cage’s Empty Words, which was presented at Roulette, Exapno, and across the Brooklyn Bridge. In August of 2013, Varispeed created an arrangement of Arthur Jarvinen’s Adult Party Games, a collection of conceptual scores, and adapted Perfect Lives for the Catskills during a two-week residency at Mount Tremper Arts. The collective will bring Perfect Lives to Pittsburgh in Spring 2014. Varispeed has also performed for Cage’s centenary at The Stone (September 2012), presented their work on Perfect Lives at Performers Forum (December 2011), released a series of 1-minute opera recordings, and further championed rarely heard Robert Ashley pieces such as Public Opinion Descends Upon the Demonstrators (March 2013) and That Morning Thing (November 2011). Varispeed’s members regularly perform together as members of Panoply Performance Laboratory, ensemble thingNY, and the band Why Lie?, as well as under their own names.