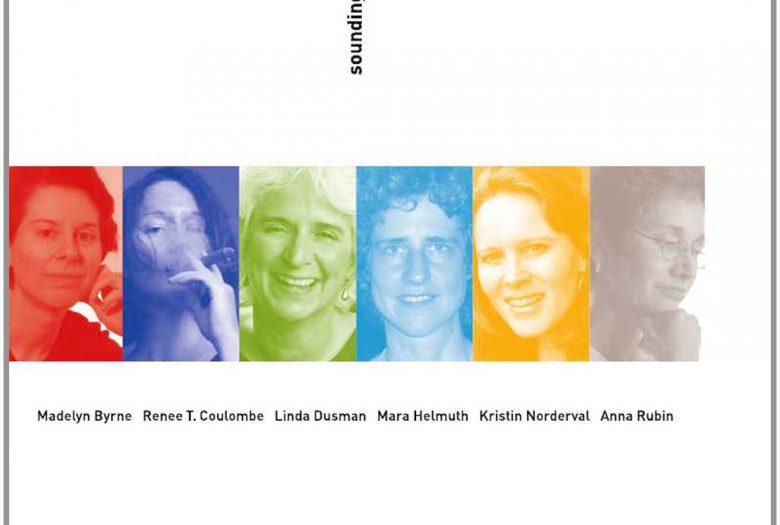 Madelyn Byrne is a composer of both acoustic and electro-acoustic music. Recent work includes Traffic and In Your Dreams, which Madelyn scored and performed in, playing the laptop computer and synthesizer. Some recent projects include Dream Tableaux (commissioned by Colin McAllistair), Suite for Piano and Computer: The Elements (commissioned by Peter Gach), scoring the documentaries Colors that Grow and Horse Vet, and the intermedia pieces Spoonful of Hope and Undefining Queer.

Past honors include winning the Friends and Enemies of New Music Composition Competition, the ASCAP Plus award, recordings on CRI Records and SoundWalk 2005, and selections for performance at the Imagine II Festival, the International Computer Music Conferences in Hong Kong, Beijing, and New Orleans. Madelyn’s music has also received performances, television, radio, and internet broadcasts throughout the world. She completed her DMA in Composition at The Graduate Center in 1999 and joined the Palomar College Faculty in the Fall 2000 semester. Madelyn has also been a guest composer at Columbia University’s Computer Music Center.

Renee T. Coulombe is a composer, improviser, and theorist. Her works have been performed throughout the United States, Europe, Asia and Oceania, and broadcast internationally on Concert FM 92.5; he has received performances from such notable ensembles as Southwest Chamber Music in Los Angeles and grants from the New York State Council on the Arts, the Andrew W. Mellon Foundation, UCIRA and the Ford Foundation. As a pianist and improviser, she is founder of the Los Angeles-based Free Funk collective Erroneous Funk, and has performed with such luminaries as Jazz Tabla master Badal Roy, vibraphonist/composer Karl Berger, as well as poet Quincy Troupe. She is an Assistant Professor of Music Theory and Composition at the University of California, Riverside, where she founded and directs the UCR Free Improvisation Ensemble. She has written on an array of subjects in music and culture, including female punk and blues music in Audible Traces: Gender, Identity, Music, (Carciofoli Verlagshaus: 1999) electronica of Cornershop in Postmodern Music, Postmodern Thought (Routledge, 2002). She is a contributing Editor for Open Space Magazine, and an Associate Editor of Perspectives of New Music.

Linda Dusman’s compositions and sonic art have provided stimulating and thought-provoking listening experiences for audiences throughout the world. Her work has been awarded by the State of Maryland in 2004 and 2006 (in both the Music: Composition and the Visual Arts: Media categories), the Swiss Women’s Music Forum, the American Composers Forum, the International Electroacoustic Music Festival of Sao Paulo, Brazil, and the Ucross Foundation, among others. During the fall of 2006 she was a visiting professor of composition at the Conservatorio “G. Nicolini” in Piacenza, Italy. As a frequent contributor to the literature on contemporary music and performance, Dr. Dusman’s articles have appeared in the journals Link, Perspectives of New Music, and Interface, as well as a number of anthologies. She is a founding editor of the journal Women and Music: A Journal of Gender and Culture, and is as an associate editor for Perspectives of New Music. Dr. Dusman serves as Chair of the Music Department at UMBC in Baltimore, and formerly held the Jeppson Chair in Music at Clark University in Massachusetts.

Mara Helmuth composes for computer and acoustic instruments, and creates software for music composition and improvisation. Her works have been performed in the United States and internationally. Collaborations with percussionist-composer Allen Otte are heard on the Electronic Music Foundation compact disk Implements of Actuation, and tape works on Open Space CD 16. She is on the faculty, teaching composition and computer music, at the University of Cincinnati College-Conservatory for Music and director of its Center for Computer Music. She holds a Doctor of Musical Arts from Columbia University, and previous degrees were from the University of Illinois at Urbana-Champaign. Her electroacoustic music includes Mellipse (1989,1995), Abandoned Lake in Maine (1997) and bugs and ice: A Question of Focus (2002) based on natural sounds. Her writings have appeared in the monograph Audible Traces, and in the Journal of New Music Research and Perspectives of New Music. Recent work includes the Staircase of Light interactive installation in Beijing at the Sino-Nordic Performance Arts Space, an Internet 2 application for improvisation — Soundmesh, updates to StochGran, an RTcmix-based granular synthesis application and an analysis of Barry Truax’s Riverrun. She also plays the qin, a Chinese zither.

Acclaimed as a composer, singer, and improviser Kristin Norderval has presented her original compositions incorporating voice, electronics, and interactive technology at festivals and concert houses in Europe, Scandinavia, and the Americas. Among her compositions are works for concert, stage and film. A two-time recipient of the Norwegian Artist’s Stipend, and a 2005 recipient of the Henry Cowell Award from the American Music Center, Norderval has also received support from the Jerome Foundation, Meet the Composer, Harvestworks, and Rensselaer Polytechnic Institute. Commissions include works for Den Anden Opera in Copenhagen, the Bucharest International Dance Festival in Romania, jill sigman/thinkdance in New York City, and the viol consort Parthenia. In addition to this release on Everglade, recordings of her compositions can be heard on the Deep Listening, and Koch International labels. Norderval’s discography also includes recordings of vocal works by other composers on Aurora, CRI, Deep Listening, Eurydice, Koch International, New World Records, and Nonesuch. Kristin Norderval holds a Doctor of Musical Arts from Manhattan School of Music, a Master of Music from the San Francisco Conservatory of Music, and a Bachelor of Music from the University of Washington. She was a Visiting Scholar at New York University’s Tisch School of the Arts in the Performance Studies Department in 2003/04, and was a Research Fellow at the University of Ã˜stfold in Halden, Norway, from 2006 – 2008. Norderval is a co-founder and vocalist/laptop performer in the electro-acoustic chamber music duo ZANANA www.zanana.org and is a member of the New York based new music group Ensemble Pi http://ensemble-pi.org/

Anna Rubin’s music has been heard and performed on four continents. She composes instrumental and electroacoustic music, often with an engaged political narrative. She has received awards, grants, and fellowships from such organizations as ASCAP, New York Foundation for the Arts, Ohio Arts Council, National Orchestral Association, Meet the Composer and the Gaudeamus Foundation. She been awarded residencies at Harvestworks, Inc., Brahmshaus, and Brooklyn College Center for Computer Music. Commissions include those from the EAR Unit, New American Radio, Radio Station WNYC, Abbie Conant, F. Gerard Errante, Thomas Buckner, and the New England Foundation for the Arts. She is a member of ASCAP, President of the International Alliance for Women in Music and board member of the contemporary music journal, Perspectives of New Music. She has served as panelist for the New York Foundation for the Arts, Ohio Arts Council, Arts International, ICMC, and SEAMUS. She has a doctorate in composition from Princeton University and her principal teachers have been Mel Powell, Leonard Stein, Ton de Leeuw and Pauline Oliveros. She has taught courses and lectured on women in music and helped organize one of the first campus festivals of women in music at CalArts in 1974 as well as one of the first academic courses on the subject. She has taught at Lafayette College and Oberlin College Conservatory of Music; currently she is an associate professor of music at the University of Maryland/ Baltimore County.