Spectrum – From Nouveau Classical to Rock 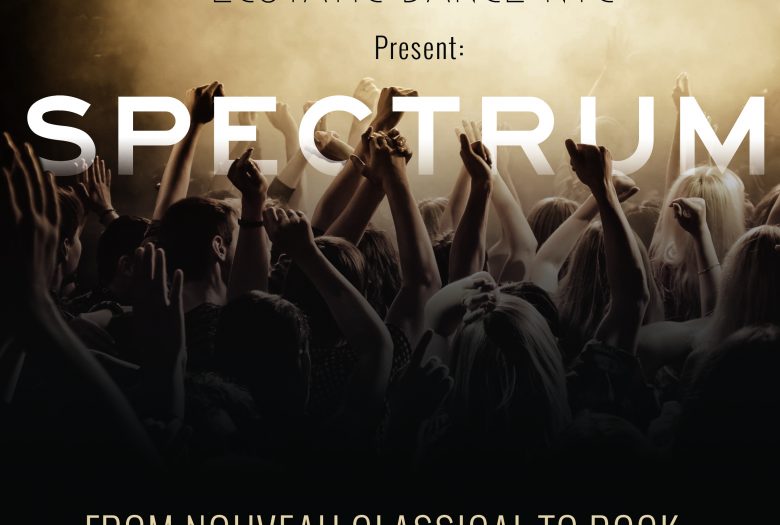 Beatific Beat and Ecstatic Dance NYC present a stellar lineup of the finest ensembles from classical, rock, avant-pop and beyond for a dance journey to nourish your body, spirit, and mind. Spectrum: From Nouveau Classical to Rock features the post-progressive, neo-psychedelic art rock-inflected chamber music of the Knells; the dark cabaret rock of Emily Danger; the eclectic and irreverent pop stylings of Bobby Jealous from Austin, Texas; and the fashion-forward classical ensemble, the Nouveau Classical Project. Dancing is welcomed and encouraged.

The Knells are a post-progressive, neo-psychedelic, quasi-ambient art rock chamber band comprised of Nina Berman, Amanda Gregory, and Katya Powder on vocals, Andrew McKenna Lee and Paul Orbell on guitars, Joseph Higgins on bass, and Michael McCurdy on drums and percussion. Look for the debut album, with special guests the MIVOS Quartet, to be released on New Amsterdam Records in Fall 2013.
theknells.com

Bobby Jealousy, from Austin, TX, is a young band of old souls, soiling pop music and dragging it into the underground. They have been recently hailed as “Top 10 Bands to Watch in 2013” by Austin Monthly. With their beer-drizzled, booty-in-yo-face attitudes, Bobby Jealousy’s show is irreverent and glamorous. Bobby Jealousy is Sabrina Ellis, Seth Gibbs, Adam Harlow, Brian Patterson, and Jake Knight.
bobbyjealousy.com

The Nouveau Classical Project (NCP) presents classical and new music in multidisciplinary projects and connects emerging composers with diverse audiences. A hybrid production hub and performing ensemble, NCP is spearheaded by pianist Sugar Vendil, whose intention in starting NCP was to bring creativity and innovation to the classical music experience. Since its inception in 2008, the group has been hailed by NPR Music’s Deceptive Cadence for “putting a new face on classical music.” Awards include a 2011 JFund Commission in collaboration with Trevor Gureckis and an installment on Music at the Anthology’s (MATA) 2011 Interval 4.0 Series. NCP collaborates with composers to create music for live fashion shows, including those of CFDA winner Pamela Love, Project Runway winner Gretchen Jones, and others.
nouveauclassical.org