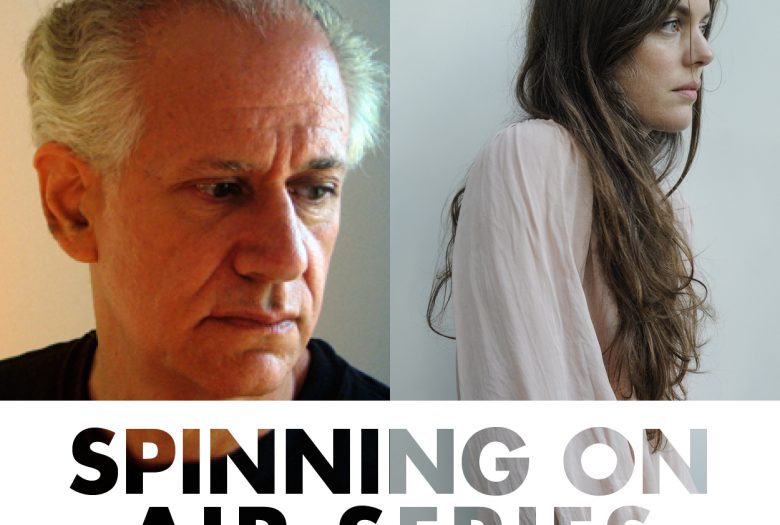 David Garland brought his wide-ranging musical activities together in 1980 for his “Control Songs,” an on-going project that blends and bends songs and experimentalism. A few of the people who’ve performed on Garland’s albums: Meredith Monk, Vashti Bunyan, John Zorn, Sean Lennon, Ikue Mori, Sufjan Stevens, Iva Bittova, Guy Klucevsek, and Christian Marclay. Garland has sung with Loser’s Lounge at Lincoln Center’s Allen Room, Firesign Theatre at the Knitting Factory, and the band Ad Hoc at CBGB and Carnegie Hall. He sang in projects by turntablist Christian Marclay, and played flute for Michael Gira’s Angels of Light. Garland has been hosting, programming, and producing Spinning On Air on WNYC since 1987. The show (Sundays, 8 pm) crosses stylistic boundaries, motivated by curiosity about the artistic process and unusual, original music. Garland also produces and hosts on WQXR. www.davidgarland.com

“A few years ago I started living part-time upstate. I also began playing an acoustic 12-string guitar that my son Kenji Garland modified uniquely with electronics. Both the place and the guitar are environments I love to interact with. Both have opened up new possibilities and directions in my music. New proportions, durations, and textures. For this concert I’m performing mostly new and recent pieces with double-bassist Julian Lampert, who has a wonderful knack for understanding and enhancing my music.”

Singer-songwriter and multi-instrumentalist Olivia Chaney’s profile has been rising over the last few years, particularly in her native England, where she was recently nominated for BBC Radio 2’s Horizon Award for best emerging folk artist. But until now, she has proven elusive on the recording front, with only one highly praised but modestly distributed EP to her name, plus a few home-spun bootlegs. One had to be lucky enough to catch her on a stage to hear her entrancing sound and unique sensibility, evolving and refining with each gig she played.

Her Nonesuch debut finally makes that experience more widely available. The Longest River is striking in its simplicity; it preserves the passion and immediacy of her live performances with a deceptively-structured informality. “It’s taken a long time to get to the point where I wanted to make a full record and I’m lucky Nonesuch heard me at the right time,” Chaney explains.

Chaney’s work has deep and varied roots which have enabled her to carve out something new yet timeless, bravely sparse, yet intensely lyrical. Original compositions are balanced alongside a typically eclectic range of covers that she has arranged and made her own, including the dramatic “Blessed Instant” by Norwegian voice-artist/composer Sidsel Endresen, 17th-century English composer Henry Purcell’s “There’s Not A Swain,” Chilean protest-singer Violeta Parra’s “La Jardinera,” and “Waxwing” from Scottish alt-folk singer-songwriter Alasdair Roberts.