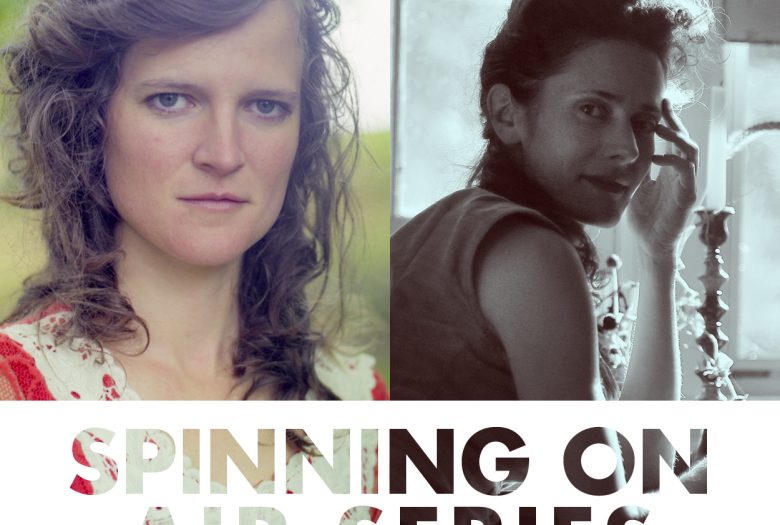 Born to behaviorist parents near Kingston, Ontario, Devon Sproule spent her childhood on a 465-acre, 100-member eco-village in rural Virginia. She has been performing professionally since she quit high school at 15. Sproule married musician and singer-songwriter Paul Curreri in 2005 and the couple have lived in Charlottesville, Virginia; Berlin, Germany; and Austin, Texas. They now live in rural Virginia with their dog Tim. In 2007 Sproule signed to UK-based Tin Angel Records. She tours regularly in the US, Canada, Europe, and Australia.

“Sproule’s lyrics glance off each other arrestingly, juxtaposing images. The music is correspondingly complex… layered textures and unexpected lyrical codas somewhere between jazz and hymnal, have a centripetal stillness about them, as if suspended for a moment out of time.” (Financial Times)

“Her quirky affectations bring to mind Bjork, and forays into the dark, Michelle Shocked.” (Village Voice)

Intuitive folk musician Diane Cluck accompanies herself on a range of instruments including guitar, piano, zither, and a copper pipe instrument she built by hand. She’ll play a selection of songs from her recent album “Boneset”(Important Records), also earlier and as-yet unreleased material. Diane’s live performance focuses on singing as an expansive, healing experience in which listeners may ponder, wander, or simply be.

Antony Hegarty (of Antony and The Johnsons) has referred to Diane as “a virtuosic talent with an emotionality that feels at once ancient and alien. Her mastery of her voice as an ecstatic instrument is so compelling.”