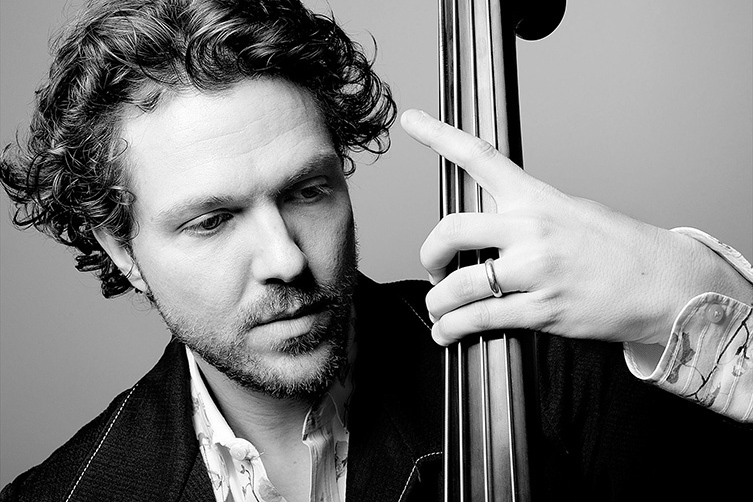 Elemental inhabits a magnified realm where communion grows in fields of texture. A quintet of musical visionaries who have for years collaborated in other contexts convenes here for this unique deep-focus journey.

A native of NYC, Eric McPherson came to prominence apprenticing with legendary saxophonist and educator, Jackie Mclean, and innovative pianist and composer Andrew Hill. Those foundational experiences cultivated Eric into one of the leading drummers in contemporary creative music. Eric continues the legacy of the musical giants who came before him. As well as performing and teaching internationally with an array of today’s leading contemporary creative musicians, Eric teaches privately and at the University of Hartford’s, Jackie Mclean institute.

An in-demand New York City-based session guitarist now making Seattle his part-time home base, Ryan Ferreira is well-regarded in forward-thinking jazz and improvised music circles, having collaborated and performed with renowned jazz and creative improvisers Tim Berne, Colin Stetson, Chris Dingman, and others. In his work with ambient sound, Ferreira seeks to create “soundscapes that provide a comfortable open environment for the listener.” He teaches electric guitar and works with students in the Jazz and Improvised Music program at the University of Washington.

Michaël Attias is a saxophonist/composer based in New York City since 1994. As a leader, he has released seven critically-acclaimed albums, most recently the 2017 debut of the Michaël Attias Quartet, Nerve Dance, with Aruán Ortiz, John Hébert, and Nasheet Waits. As a sideman, he has performed and recorded all over the world alongside some of today’s most original and compelling musicians, including Anthony Braxton, Paul Motian, Masabumi Kikuchi, Anthony Coleman,Tony Malaby, Ralph Alessi, Oliver Lake, and many others. Attias has also composed and designed sound in New York and at various regional theatres. He was named a 2000 Artists’ Fellowship Recipient of the New York Foundation for the Arts and was awarded MacDowell Arts Colony fellowships in Fall 2008 and Summer 2016.

Memphis-bred, Grammy-nominated, Echo Award-winning bassist/composer Stephan Crump has lived in Brooklyn since 1994. An active bandleader, he has released twelve critically-acclaimed albums in addition to numerous film scoring contributions. Known for transforming his instrument into a speaking entity of magnetic pull, his focus on creative instrumental music has led to collaborations with many of the leading lights of his generation, most notably Vijay Iyer, in whose trio and sextet Crump plays a dynamic, founding role. He can also be heard as long-standing member of Jen Chapin Trio, Ches Smith Trio, Rez Abbasi Acoustic Quartet, Liberty Ellman Sextet, Secret Keeper (duo with Mary Halvorson), his own Rosetta Trio (with Jamie Fox, Liberty Ellman), his Rhombal quartet (with Ellery Eskelin, Adam O’Farrill, Tyshawn Sorey), as well as co-led ensembles with Kris Davis, Ingrid Laubrock, Cory Smythe, Eric McPherson, Mat Maneri, and Okkyung Lee.