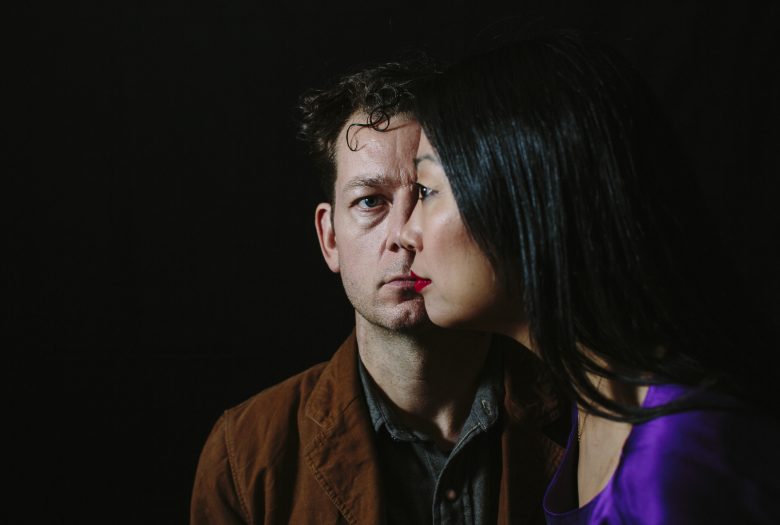 Opening night of String Orchestra of Brooklyn‘s String Theories promises to be a “trailblazing” example of one of the most ambitious collaborative initiatives yet by “New York’s most daring violin duo,” String Noise. Not only will you hear the shortest pieces written for this combo, but you will witness two ensembles dueling at maximum speed in a Double Concerto by Eric Lyon. This “formidable display of virtuosity” will be fueled even further with interludes in between each movement of the Double Concerto by drummer, Greg Saunier. Hybridizing punk rock and classical music, with Brahmsian bleed throughs, the drum visitations invites chaos from all quarters.

String Noise is a classical, avant-punk violin duo comprised of violinists Conrad Harris and Pauline Kim Harris. Since its inception in 2011 at Ostrava New Music Days, they have expanded the two violin repertoire in over 50 new works to include larger collaborations with multimedia art, electronics, video projections, opera and dance.

Greg Saunier is a drummer, composer, producer, singer and/or guitar player for Deerhoof and many other musical projects.

Founded in 2007, the String Orchestra of Brooklyn has become an integral part of New York City’s vibrant and diverse musical landscape, bringing together creative instrumentalists, composers, and like-minded organizations and ensembles to collaborate on adventurous musical projects and present them to the public at an affordable price.