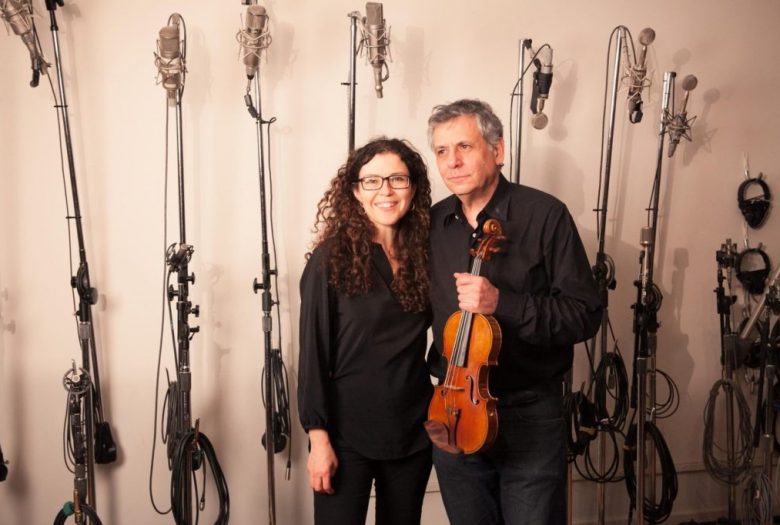 Spontaneous and Exciting New Music from this new Quartet w. Sylvie Courvoisier on piano , Mark Feldman, violin, Scott Colley on bass and Billy Mintz on drums.  After Two Releases on Intakt Records: To Fly to Steal (2010) and Hotel Du Nord (2011), this Concert will present new works in anticipation of their next recording.

Found on over 150 recordings, including Music for Violin Alone on the Tzadik Label and What Exit on the ECM Labe, violinist Mark Feldman has worked with everybody from Johnny Cash and John Zorn, to the Netherlands Radio Philharmonic Orchestra.  He has performed and recorded with Kenny Wheeler, Paul Bley, Billy Hart, Lee Konitz, Joe Lovano, Anthony Davis, Dave Douglas, Muhal Richard Abrams, Tim Berne, Mark Dresser and Uri Caine among others.Composer John Zorn has included Feldman in many concert and recording projects, and he has been commissioned to write for and perform with the Kronos Quartet and the WDR Radio Orchestra.

Pianist and composer Sylvie Courvoisier, has recorded for ECM ,Tzadik and Intakt records, and has worked with Yusef Lateef, John Zorn, Herb Robertson, Butch Morris, Ellery Eskelin,Tony Oxley, and Tim Berne, among others. She was awarded Switzerland’s  Grand Prix de la Fondation Vaudoise de la Culture in 2010. With Ikue Mori and Susie Ibarra she is a member of the trio Mephista, and co-leads a quartet and a duo with Feldman .Since 2010, she has been working as a pianist and composer with the new project of the flamenco dancer Israel Galvan “la Curva”

Sylvie Courvoisier is a pianist, composer, sideman, and band leader. Born in Lausanne, Switzerland, Courvoisier moved to New York in 1998 and has lived in Brooklyn since that time. She has led several groups over the years and has recorded over 40 records for different labels, notably ECM, Tzadik, and Intakt records.