One of the most creative pianists in the Downtown scene Sylvie Courvoisier brings her trio with bassist Drew Gress and drummer Kenny Wollesen to celebrate their newest album, Free Hoops—out now on Intakt Records.

“With every album—Free Hoops is its third—this glorious trio’s modus operandi becomes more clear: Sylvie Courvoisier, Drew Gress, and Kenny Wollesen play morphing music by turns intricately detailed and ambiguously wide open. The music she writes is rigorously organized and calls for ensemble precision, as a few thorny unison heads demonstrate. But the music also harbors a misterioso, dreamlike quality that may surface at any time, induced by a wistful ostinato or moonlit piano arpeggio stubbornly repeated, or by a quiet episode that underscores the depth of the trio’s sonic space, as when a slapped-strings piano bass cluster explodes into the void. They also do that good stuff we prize jazz for: the happy swinging, the coming together when they make complex material sing, and the flying apart when the players explore it on their own. ” —Kevin Whitehead 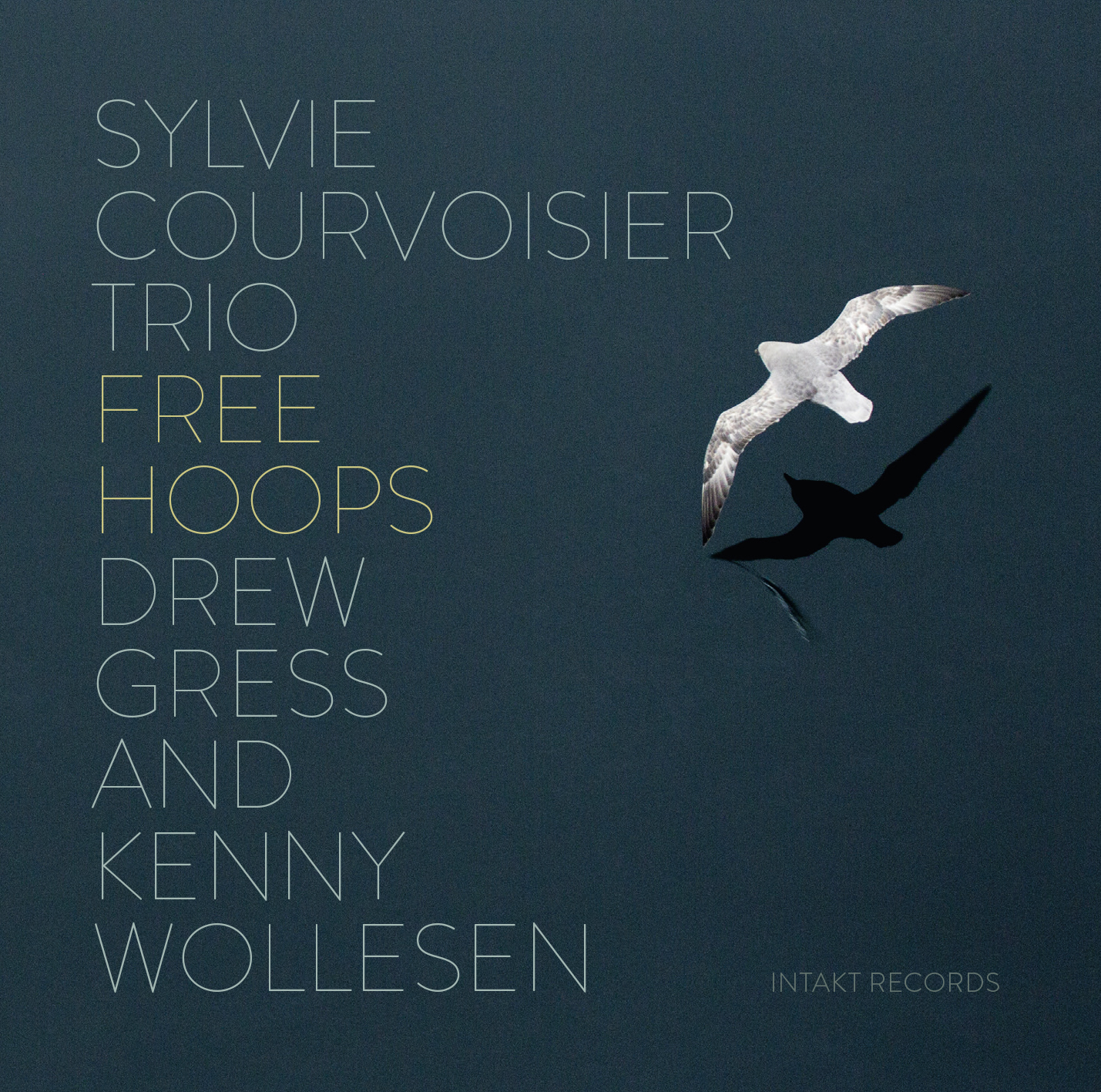 This performance will be presented virtually and available for free on a variety of streaming platforms. Roulette’s theater is currently closed for public performances as a result of the Covid-19 pandemic and the safety measures that Roulette has put in place to keep staff, artists, and the public safe

“Some pianists approach the instrument like it’s a cathedral – Sylvie Courvoisier sometimes treats it like a playground,” observes Kevin Whitehead aptly in the liner notes to D’Agala (Intakt), the latest album by the Sylvie Courvoisier Trio. “In two minutes, she covers more ground than some pianists get to in a set.” He goes on to compare the venturesome interaction of this trio with a pioneering jazz icon from the 1950s: “There is something Herbie Nichols-like about the Courvoisier-Gress-Wollesen trio’s feel: collective music-making as light-on-its-feet fun; a genuine trio music in which bass and drums are full partners with piano.” That striking cohesion and collective sense of play are what mark the Swiss pianist and her esteemed American rhythm mates as kindred spirits in the areas of color, groove and melody. The group’s European tour in April-May 2018 celebrates the January release of D’Agala. Courvoisier, who has been a fixture on the New York scene for nearly 20 years, released her first album with Gress and Wollesen in 2014, when Double Windsor (Tzadik) was named Album of the Year by both Slate and New York City Jazz Record, along with receiving the “CHOC” from Jazz Magazine and Jazzman in France. Beyond the trio, Courvoisier earned renown for balancing two distinct worlds – the richly detailed depth of her European chamber-music roots and the grooving, hook-laden sounds of the downtown New York jazz scene. Her long partnership with violinist Mark Feldman – acclaimed on both sides of the Atlantic – has resulted in a seemingly telepathic duo, as well as a quartet. Courvoisier has worked with a who’s who in avant-jazz, including John Zorn, Wadada Leo Smith, Evan Parker, Ikue Mori, Ellery Eskelin, Susie Ibarra, Fred Frith and Mary Halvorson. — Bradley Bambarger

Pianist/composer Sylvie Courvoisier, originally from Switzerland, has lived in Brooklyn for 20 years. She has led several groups over the years, recorded 10 albums as a band leader, and appeared in about 50 albums (25 Cds co-leader and 25 cds as a side person) for different labels, notably ECM, Tzadik and Intakt Records.
Courvoisier has performed and recorded with John Zorn, Yusef Lateef, Mark Feldman,
Erik Friedlander, Joey Baron, Ellery Eskelin, Susie Ibarra ,Tim Berne , Wadada Leo Smith and the flamenco dancer Israel Galvan among others.

Percussionist Kenny Wollesen performed on over 30 recordings during the 1990s and, as the decade progressed, gained increasing renown as a musician of astonishing versatility, skill, and ingenuity. He has recorded and toured with all kinds of musicians, from Tom Waits (Wollesen performs on Waits’ 1993 collaboration with William S. Burroughs, Black Rider), to Sean Lennon, to Ron Sexsmith (Wollesen performs on his second album, Other Songs). A founding member of the New Klezmer Trio, Wollesen is also all over N.Y.C.’s downtown jazz and avant-garde musicians’ recordings, and has been so active as to tour with Bill Frisell and Myra Melford in the same month.