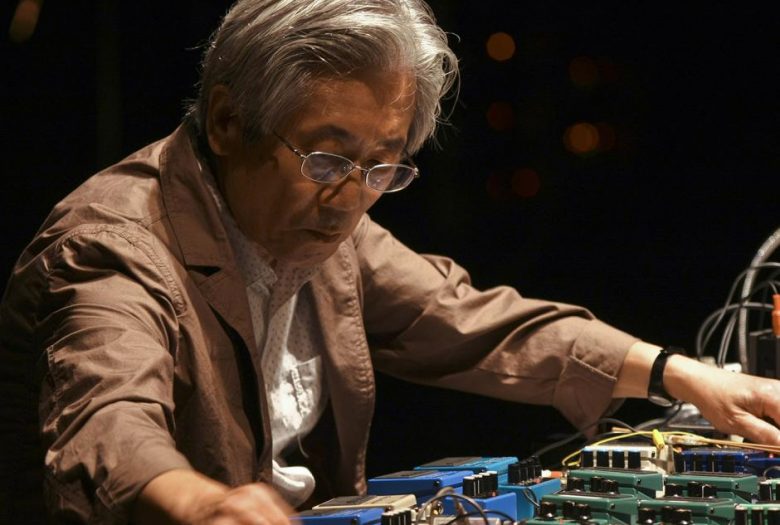 An evening of big and small sounds and movements.

Kosugi studied musicology at the Tokyo University of the Arts and graduated in 1962.

Kosugi is probably best known for the experimental music that he created in from 1960 until 1975, first in the early 1960s with the Tokyo-based seven-member ensemble Group Ongaku(music group) and thereafter as a solo artist and with itinerant octet Taj Mahal Travellers (1969–75). Kosugi’s primary instrument was the violin, which he sent through various echo-chambers and effects to create a bizarre, jolting music quite at odds with the drones of other more well-known Fluxus artists, such as Tony Conrad, John Cale and Henry Flynt.

Simone Forti (born 1935), is an American Italian Postmodern artist, dancer, choreographer, and writer. Since the 1950’s, Forti has exhibited, performed, and taught workshops all over the world, including performances at the Louvre in Paris, the Museum of Modern Art in New York, and the J. Paul Getty Museum in Los Angeles. Her innovations in Postmodern dance, including her seminal 1961 body of work, Dance Constructions, along with her contribution to the early Fluxus movement, have influenced many notable artists, including dancer/artist Yvonne Rainer and the Judson Dance Theater in New York. Forti first apprenticed with Anna Halprin in the 1950s and has since worked alongside artists and composers Nam June Paik, Steve Paxton, La Monte Young, Trisha Brown, Charlemagne Palestine, Peter Van Riper, Dan Graham, Yoshi Wada, and Robert Morris, among many others. Forti’s published books include Handbook in Motion(1974, The Press of the Nova Scotia College of Art and Design), Angel (1978, self-published), and Oh Tongue (2003, Beyond BaroqueFoundation, ed. Fred Dewey). She is currently represented by The Box L.A. in Los Angeles, CA, and has works in the permanent collections of the Museum of Modern Art (MOMA) in New York, the Stedelijk Museum in Amsterdam, the Generali Foundation in Vienna, the Whitney Museum of American Art in New York, and the Moderna Museet in Stockholm.