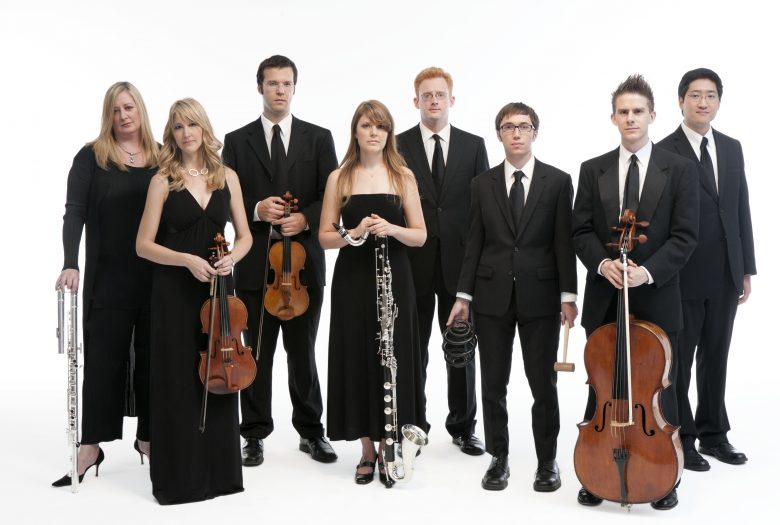 “Happy Ending” was created by French composer Georges Aperghis and Belgian video-artist, Hans Op de Beeck (with the voices of Edith Scob and Michael Lonsdale), who collaborated to bring an adaptation of “Le Petit Poucet” to the stage in 2007 at the Opera Lille in France with Belgian Ensemble Ictus. At an hour long, the work features a 16-member ensemble on stage with live electronics, projected video and prerecorded voices. It is an arresting, all encompassing experience that pulls the audience into the world of the story, becoming more than just a re-telling of the tale and closer to a psychological journey into the mind of its protagonist. It is described as “the result of a remarkable artistic triangle” that portrays “a boundless wander through imaginary cities.” (Klaas Verpoest) The black and white film contains animation, text and narration. While the music is a sonic representation of the visual, it is also critical fundamental matter with its own psyche.

Inventive composer Georges Aperghis’ (born in 1945 based in France) work teeters precipitously along spaces between concert music, theater and opera. He founded the Atelier Théâtre et Musique (ATEM) and influenced by his relationship with actors, has incorporated theatricality into his pieces, often treating the text, actors, voice, staging, musical instruments, and movement equally in his scores. His work is virtuosic, rhythmically complex, and exploits the limits of register and dynamics, yet at times exhibits a playful and absurd quality. Aperghis’ works defy categorization and immerse the audience in a totality of experience.

Funded by the French-American Fund for Contemporary Music, a program of FACE with major support from the Cultural Services of the French Embassy, SACEM, Institut Francais, the Florence Gould Foundation, and the Andrew W. Mellon Foundation.

Supported in part by the Harry and Alice Eiler Foundation.