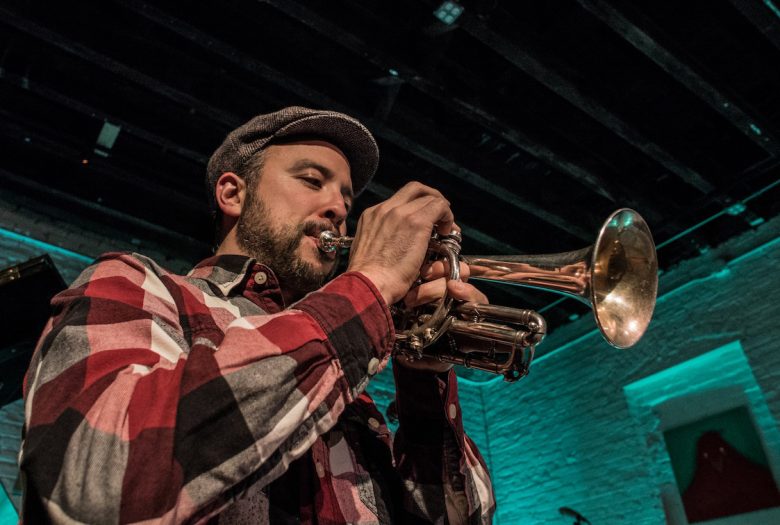 Madeleine Dreams is a secular oratorio for female vocalist and improvising chamber ensemble , written especially for SpiderMonkey Strings with special guest vocalist Kyoko Kitamura. The composition uses text and draws inspiration from the highly acclaimed and award winning novel Madeleine is Sleeping , by the composer’s sister, Sarah Shun-lien Bynum, a magical-realist fable of a girl’s coming of age that moves between dreams and reality in 19th century France.

Dreams (and the literature of dreaming, including such authors as Borges, Murakami, Calvino, etc) have long been as a compositional inspiration for Bynum. The logic of dreams shows how radically yet naturally one’s own subconscious can transform known elements into the surreal, seamlessly moving between the mundane and the fantastic. This kind of logic offers a template for creating long-form pieces that incorporate composition and improvisation but in unusual and surprising ways. The music can draw the listener in with something they might recognize or immediately relate to, and bring the listener along as those materials organically evolve into something completely unexpected.

The composition will be dedicated to the sublime vocalist Lorraine Hunt-Lieberson. Lorraine was a dear friend, mentor, and inspiration to both the Bynum siblings. The composer hopes in some small way this music will honor and reflect the incredible intensity, conviction, and beauty of Lorraine’s artistry and person.

SpiderMonkey Strings is an ensemble of unique instrumentation and powerful musicianship led by cornettist and composer Taylor Ho Bynum, and featuring some of the finest improvising musicians from the jazz, rock, and new music worlds. Named after Anase the Spider (of West Africa) and the Monkey King (China), the music attempts to be as subversively humorous and surprisingly beautiful as those mythic tricksters. The ensemble’s debut CD, Other Stories (Three Suites) , was released in 2005 by 482 Music. Critics have called it “the best album of the year” (Paul Olson, AllAboutJazz ), “subtle magic…so much beauty in one hour, it’s exceptional” (Didier Wijnants, De Morgen ), and “beautiful music and challenging throughout” (Brian Morton, The Wire ). “Stretching from strident Ivesian classicism and loft jazz inspired melting-pot rhythmic variations to raucous rock riffing, SpiderMonkey Strings spans not only genre, but time. Bynum is not only a meticulous craftsman in regards to complex structures, but he is also, at heart, a gorgeous tunesmith. Other Stories (Three Suites) is a genre eradicating statement of intent from an up and coming composer.” Troy Collins, One Final Note