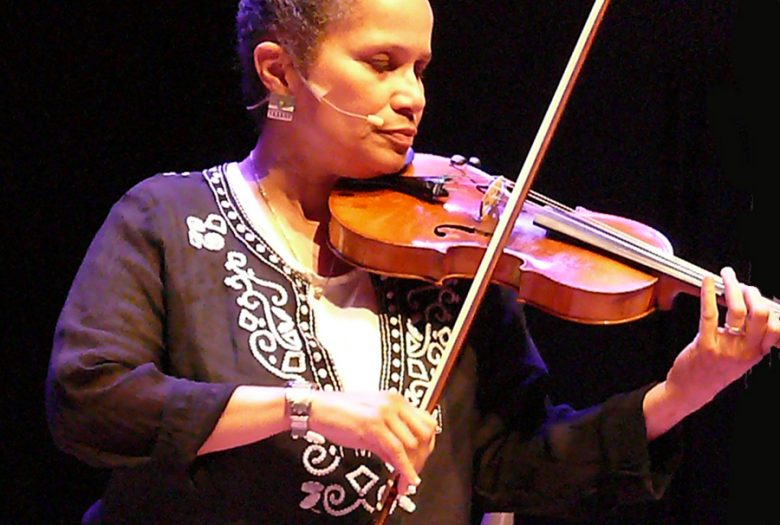 Terry Jenoure’s visionary, dynamic style makes for a memorable performance. Her signature sound blends a unique combination of elements: the risk of improvisation, rhythmic influences from her Puerto Rican and Jamaican heritage, the drive and excitement of urban references, and ideas influenced by her world travels.

She has recorded and performed with John Carter, Archie Shepp, Leroy Jenkins, Henry Threadgill, Butch Morris, Reggie Workman and others, and has led ensembles and workshops throughout Europe, North and South America, the Middle East, and Africa. Terry has been awarded grants from the National Endowment for the Arts and the New England Foundation for the Arts, and is a faculty member at the University of Massachusetts and Lesley University.

Born and raised in the Bronx, New York, she began studying music at the age of eight, attended the High School of Music & Art, then received a bachelor’s degree in Philosophy, and masters and doctoral degrees in Education. About her approach, Jenoure says,”When I perform, it feels as though I’m untangling knots or threads or webs in some dense place so we can see some light. I’m hunting for the warmest spot, the highest level”¦ searching for the perfect sound”¦ an unspeakable joy.”

Capturing the eye of international audiences, Maria Mitchell’s style, with its fierce energy, and sensitive timing displays an impressive range of experiences and influences on her work. These include modern and jazz techniques, traditional West African movement, the healing arts, and a long-standing passion for African American literary work. Her many years as a gifted educator working with children, teachers, and community workers has earned her a reputation as an intuitive and highly effective educator.

A great part of her dance/performance life has been to collaborate with a who’s who of Free Music players in both the US and Europe. Her most recent collaborations were with John Betsch, Roy Campbell Barre Phillips (Berlin, Germany) and Henry Grimes (NYC).

Ms. Mitchell and Ms. Jenoure have collaborated on various projects since the late 1980’s.