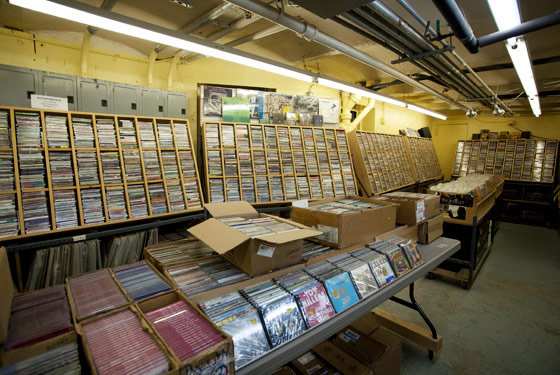 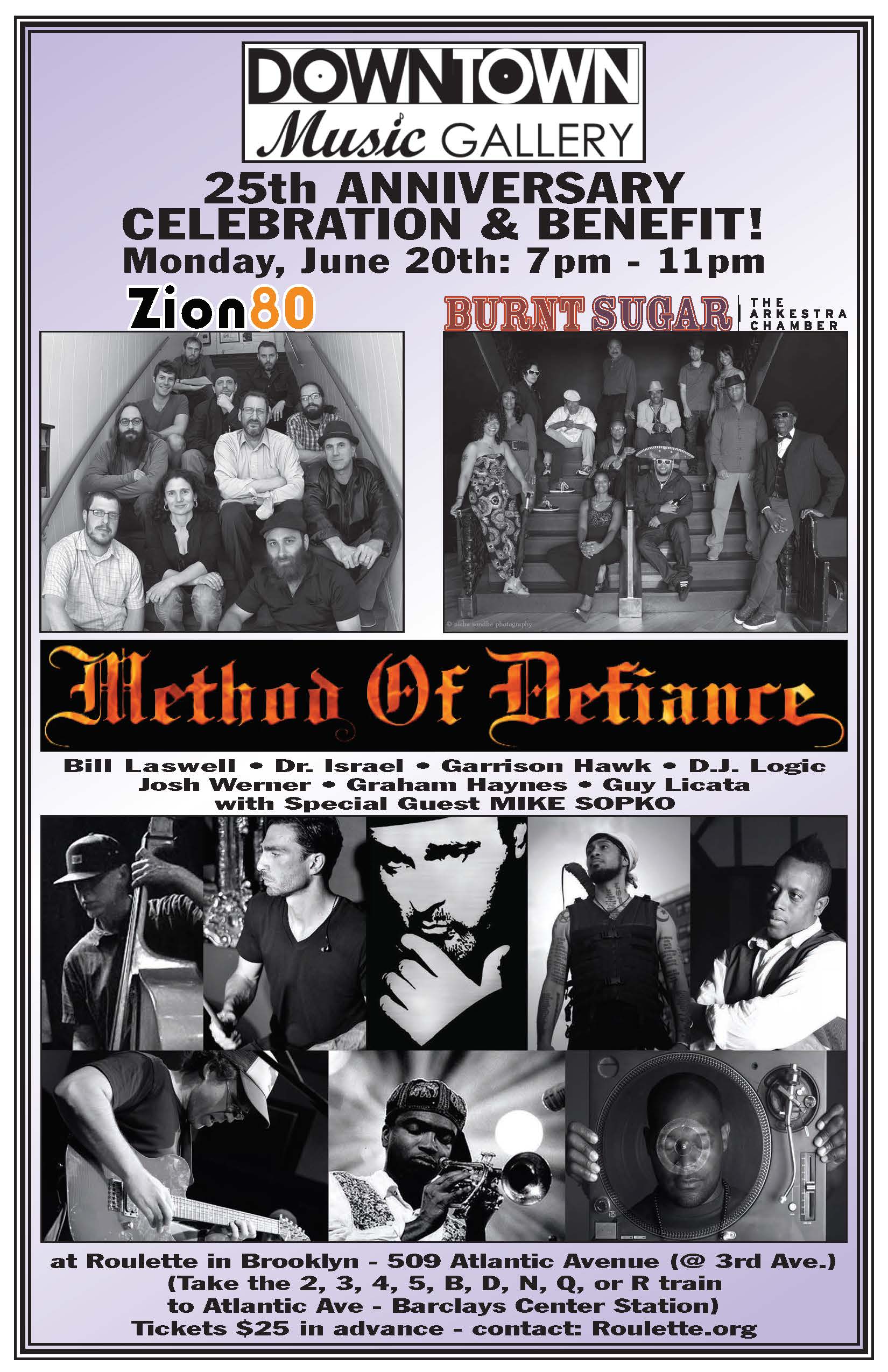 The Downtown Music Gallery 25th Anniversary Concert celebrates DMG’s history with three amazing bands who make great music for the mind and bodies of those in the know, those with demanding tastes, those who need to have their minds blown as well as to shake their booties.

Zion80 explores the music of Rabbi Shlomo Carlebach and John Zorn through the lens of the Afrobeat funk master Fela Anikulapo Kuti. Led by Jon Madof of Rashanim, the 13-piece band arranges Carlebach’s and Zorn’s beautiful and demanding melodies using the polyrhythmic intensity of Afrobeat, blended with the improvisational madness of the Downtown scene. Madof’s most ambitious project to date, Zion80 is blazing hot and tight as a drum. Spiritual, grooving and endlessly exciting, this is essential Jewish music for the 21st century.

Burnt Sugar Arkestra: Acid-funk-jazz-rock-psych and often instrumental music which draws from Miles’ ‘Agarta’ period and meets Eddie Hazel in a back room – they are best experienced live, simmering, sly and always on-the-money! Led by longtime Village Voice writer and guitar great Greg “Ironman” Tate who used to lead Women in Love. Even with all of these fine players, this music has a subdued inner fire that burns bright from within.

Burnt Sugar The Arkestra Chamber turns music inside out. Bandleader Greg Tate “plays the band” using a technique called Conduction, which gets its name from the field of physics, and which was developed by jazz conductor Butch Morris. In Tate’s hands, Burnt Sugar combines sounds together with a funky twist, snagging idiomatic metaphors from film editing techniques and hip hop culture. When the band plays live, they often do so with little more than a concept or melody in mind, drawing upon the moods and energy in the room, ending in a one-time composition that could not have been predicted nor repeated. – BLG/DMG

Method of Defiance is Bill Laswell’s most recent supergroup which utilizes drum ’n bass rhythms, where the electronic beat meets flesh and blood musicians. The concept of combining electronic beatmasters and virtuosic players has yielded an unforgettable masterpiece – a dark vortex of electronics and musicians blending into an infinitely listenable journey. “This is truly spectacular so Bill Laswell fans best Wake Up! – MannyLunch

Method Defiance will be joined by guitar great Mike Sopko who recently released an incredible power trio CD on his own label with Bill Laswell on bass and Thomas Pridgen on drums. The results are astonishing: tight, powerful, wailing with incredibly assured interplay between all three men. All three are in top form and integral to the group sound. In some ways this disc is similar to Blixt, that incredible trio with Raoul Bjorkenheim, Laswell and Morgan Agren (CD on Cuneiform). – BLG/DMG

When Downtown Music Gallery opened in May of 1991 on East Fifth Street in the Village, we weren’t sure how long we would last since there were upwards of 100 record stores in Manhattan, covering a wide range of different music, selling albums, CDs, cassettes, magazines, DVDs and t-shirts. Our goal was mainly to sell used & new CDs, especially the Downtown/progressive/avant-jazz and modern classical music that we dug. In the quarter century since, we have reached a worldwide audience of folks who want to be challenged by different types of New Music. DMG sends out a weekly e-mail newsletter which reaches 6,000 followers around the world featuring reviews and news about this music. DMG also has a tradition of presently weekly free music performances every Sunday night for most of 25 years which has included many of the foremost experimental musicians from around the world.