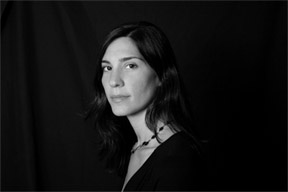 “The Pavones” is the result of a lifetime of musical influences. An avid fan of new music and improvisation who grew up a kid of the 80’s 90’s, Pavone is searching to find a way to merge influences of the different sounds she has ever loved through her own voice as a composer. From the first study of Beethoven’s Violin Romance in F, to the highly influential adoption of her father’s old vynyl collection as a young teenager; growing up with the Four Seasons and Murry the K compilations as well as “formal” study of classical viola and composition. She now learns and grows from being a working musician amongst others a vast city of creativity, and other influential interests include folk rock, free improvisation, William Primrose, Jeffry Hyman, soul, the hopes of returning as Florence Ballard in the next life, visual arts and the grace of the human body.

Brooklyn based string instrumentalist/composer Jessica Pavone, has been active in New York City for the past eight years. She is best known for her work performing all over the world with Anthony Braxton in his current Septet and Twelve+1tet and for her duo project with guitarist, Mary Halvorson, which has been described as “distinct and beguiling…its core is steely, and its execution clear.” (The New York Times). As a composer, Pavone has received grants from the American Music Center and commissions to write chamber music from the MATA Foundation, and the chamber music collectives; Till by Turning and The Eastern Winds. She has been noted as having “the ability to transform a naked tonal gesture into something special” (The Wire). She currently leads and plays bass guitar and viola in her 60’s soul inspired band The Pavones , plays viola and composes for … No Way to Say Goodbye (a string quartet that substitutes a second violin for a double bass) and a CD of her indeterminate works for solo viola was recently released by the Nowaki label in Paris, France.
As an instrumentalist, she improvises in bands led by William Parker, Taylor Ho Bynum, and Matana Roberts and has interpreted new music by Glenn Branca, James Fei, Butch Morris, David Grubbs, Matthew Welch, Aaron Siegel, Loren Dempster, and T ristan Perich.
Since 2000, she has documented her music via her self-run label, Peacock Recordings, which was recently awarded a grant from The Aaron Copland Fund for Music Recording Program, and her growing discography and list of works can be witnessed via her web site, Jessicapavone.com.