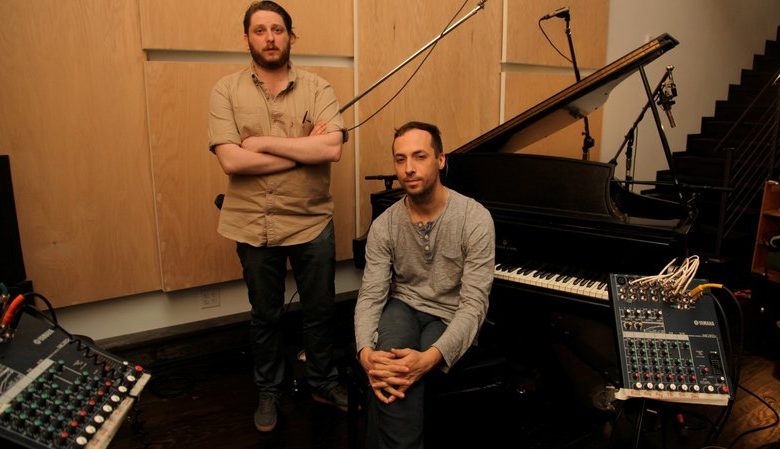 Two of the most distinctive voices in electronic music, Tim Hecker and Daniel Lopatin (Oneohtrix Point Never) have spent years warping the grids between pop, ambient and composition.  Hecker’s music is built on static and shifting drones, intensely physical and tactile, while Lopatin’s approach is comparatively playful and steeped in appropriation.  The duo’s collaborative debut, “Instrumental Tourist”, released on Software Recordings Co, finds two artists transcending their respective visions by agreeing to a new language, one which verbalizes their mutual infatuations and apprehensions with the systems they’ve both built and are buried by.  Tonight is the duo’s first US performance.  Also performing tonight is Co La, the primary project of musician and producer Matt Papich, whose elusive and abstract sample-based electronic music draws from the saccharine core of reggae, exotica, and 60s girl groups.

Tim Hecker is a Canadian-based musician and sound artist, born in Vancouver. Since 1996, he has produced a range of audio works for Kranky, Alien8, Mille Plateaux, Room40, Force Inc, Staalplaat, and Fat Cat. His works have been described as “structured ambient,” “tectonic color plates,” and “cathedral electronic music.” More to the point, he has focused on exploring the intersection of noise, dissonance and melody, fostering an approach to songcraft which is both physical and emotive. The New York Times has described his work as “foreboding, abstract pieces in which static and sub-bass rumbles open up around slow moving notes and chords, like fissures in the earth waiting to swallow them whole.” His Harmony in Ultraviolet received critical acclaim, including being recognized by Pitchfork as a top recording of 2006. Radio Amor was also recognized as a key recording of 2003 by Wire magazine. His work has also included commissions for contemporary dance, sound-art installations, as well as various writings. Hecker currently resides in Montreal.
http://www.sunblind.net

Oneohtrix Point Never is the recording name of Brooklyn-based experimental musician Daniel Lopatin, whose album Returnal was released by Editions Mego in June 2010. Lopatin’s music is composed and performed primarily on vintage synthesizers, and has been described as drone or ambient music, gentle eddies of sound, and like a cracked mirror refracting the sounds of the past. Lopatin is a first-generation American, the son of immigrants from the former Soviet Union. Lopatin was chosen by Animal Collective to perform at the All Tomorrow’s Parties festival that it curated in May 2011. Lopatin earned a master’s degree in library and information science from Pratt Institute.
http://pointnever.com

Co La is the primary project of musician and producer Matt Papich, whose explorations of sample-based electronic music have culminated in Moody Coup. The emotional palette of Moody Coup, Papich’s second album and first for Software Recording Co., is more complex than its exuberant predecessor, Daydream Repeater (NNA Tapes 2011). Where that record’s relentlessly bucolic tone drew from the saccharine core of reggae, exotica, and 60s girl groups, the bedrock of Moody Coup is elusive and abstract.