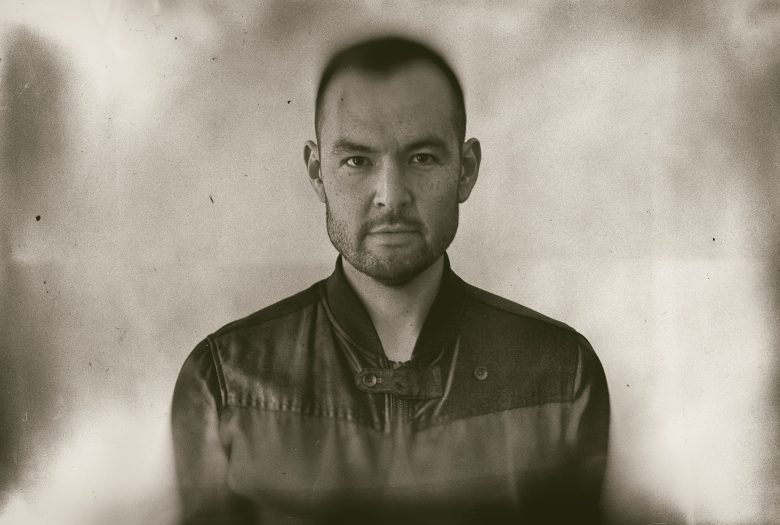 Drummer and composer Tomas Fujiwara brings together a fresh combination of longtime friends and collaborators to explore pieces developed during this period of pandemic, violence, pain, love, hope, action, and introspection. Inspired by his grandmother Shizuko Fujiwara, who passed away at the beginning of 2020, the compositions include ruminations on his Asian American / Hapa experiences and the continued violence and aggression towards AAPIs in the United States.

“It is my hope that my compositions open up musical conversations within the ensemble for personal and group expression, story-telling, reflexion, and positivity. I am thrilled and thankful to be making music with Davi, Tomeka, Rafiq, and Taylor.”

Tomas Fujiwara is a Brooklyn-based drummer, composer, and band leader. Described as “a ubiquitous presence in the New York scene…an artist whose urbane writing is equal to his impressively nuanced drumming” (Point of Departure), Tomas is an active player in some of the most exciting music of the current generation, with his bands Triple Double, 7 Poets Trio, and Tomas Fujiwara & The Hook Up; his collaborative duo with cornetist Taylor Ho Bynum; the collective trio Thumbscrew (with Mary Halvorson and Michael Formanek); and a diversity of creative work with Anthony Braxton, John Zorn, Mary Halvorson, Matana Roberts, Joe Morris, Taylor Ho Bynum, Nicole Mitchell, Ben Goldberg, Tomeka Reid, Amir ElSaffar, Benoit Delbecq, and many others. “Drummer Tomas Fujiwara works with rhythm as a pliable substance, solid but ever shifting. His style is forward-driving but rarely blunt or aggressive, and never random. He has a way of spreading out the center of a pulse while setting up a rigorous scaffolding of restraint…A conception of the drum set as a full-canvas instrument, almost orchestral in its scope.” (New York Times).

Cellist and composer Tomeka Reid has emerged as one of the most original, versatile, and curious musicians in Chicago’s bustling jazz and improvised music community over the last decade. Her distinctive melodic sensibility, always rooted in a strong sense of groove, has been featured in many distinguished ensembles over the years. Reid has been a key member of ensembles led by legendary reedists like Anthony Braxton and Roscoe Mitchell, as well as a younger generation of visionaries including flutist Nicole Mitchell, vocalist Dee Alexander, and drummer Mike Reed. She co-leads the adventurous string trio HEAR IN NOW and in 2013 launched the first Chicago Jazz String Summit, an international festival of cutting-edge string players held in Chicago. A 2021 USA Fellow, Reid has received awards from the Foundation of the Arts 3Arts and received her doctorate in music from the University of Illinois, Urbana- Champaign in 2017. In the Fall of 2019 Tomeka Reid received a teaching appointment at Mills College as the Darius Milhaud chair in composition.

Taylor Ho Bynum has spent his career navigating the intersections between structure and improvisation – through musical composition, performance and interdisciplinary collaboration, and through production, organizing, teaching, writing, and advocacy. Bynum’s expressionistic playing on cornet and his expansive vision as composer have garnered him critical attention on over twenty recordings as a bandleader and dozens more as a sideman, notably through long associations with legendary figures like Anthony Braxton and Bill Dixon and forward-thinking peers like Mary Halvorson and Tomas Fujiwara. He is currently the director of the Coast Jazz Orchestra at Dartmouth College, where he also teaches music history, composition, and improvisation. His most recent album, The Ambiguity Manifesto, was a top-10 choice in the 2019 NPR Jazz Critics’ Poll, and The Temp, his secular oratorio for orchestra, big band, vocal soloists, and choir, is now available online.

This work was developed as part of Tomas Fujiwara’s Roulette 2021 Residency, made possible with funds provided by the Jerome Foundation. This performance is presented through Roulette’s GENERATE program, providing over 30 artists each year with in-depth creative and technical support.