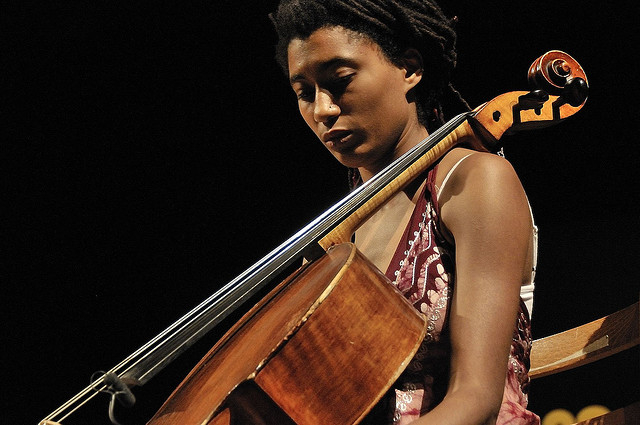 Roulette presents the New York debut of bandleader, composer and cellist Tomeka Reid. Over the last decade, Reid has emerged as one of the most original, versatile, and curious musicians in the Chicago’s bustling jazz and improvised music community. Her distinctive melodic sensibility, usually braided to a strong sense of groove, has been featured in many distinguished ensembles over the years. Reid will be joined by Mary Halvorson, one of the most recognizable guitarists of her generation and frequent visitor to the Roulette stage, along with drummer Tomas Fujiwara and bassist Jason Roebke. Formed in 2014, the Tomeka Reid Quartet serves as a vehicle for Reid’s compositions and spontaneous improvisations.