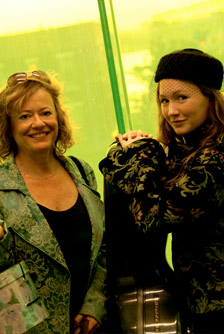 TwoSense is a New York based chamber duo and commissioning venture featuring Bang On A Can cellist Ashley Bathgate and alumna pianist Lisa Moore. Described as the “new music equivalent of a special ops team” (New York Magazine) these “eloquent new-music interpreters” (New York Times) perform new works paired with mainstream classics for cello and piano.  After their 2010 successful NYC debut at (le) Poisson Rouge, Allan Kozinn of The New York Times wrote: “however TwoSense proceeds – whether purely as a duo or an open-ended chamber project- it’s adventures should be worth following.” During the 2011-12 season they appeared at Bargemusic, the Rubin Museum and the Bang on a Can 25th anniversary Marathon (where Lucid Culture blog wrote: “the duo played as a single-minded voice”).