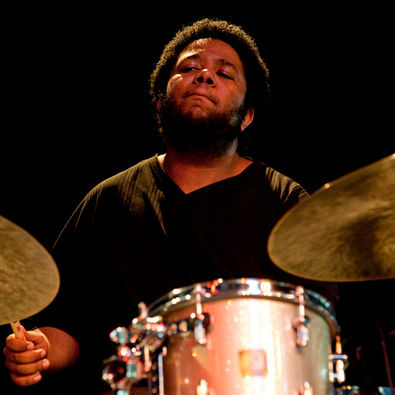 Wu-Wei is a commissioned concert-length program for Roulette and is written for various configurations among four players. Funding for “Wu-Wei” is supported through both the Jerome Foundation and the Van Lier Fellowship.

BEN GERSTEIN (born 7 November 1977) and raised in Santa Barbara, California, where he began playing the trombone professionally by the age of 12. He has lived in New York City for the sake of his music and artwork since 1995, having attended the Manhattan School of Music on full scholarship from 1995-99. Aside from regular appearances within others’ music and works (Tony Malaby, Mat Maneri, Tyshawn Sorey, Eivind Opsvik…) Gerstein leads and is committed to numerous rotating
groups, solo projects and long-standing or recent close collaborations which have evolved to focus exclusively on free-improvisation as the opportunity to realize unique, virtuosic events which differ and develop greatly with whoever and whatever’s involved. Gerstein has been the first to record music on the trombone not originally intended for the instrument by such composers as J.S. Bach, Frederic Chopin, Elliott Carter, Olivier Messiaen, Antonio Vivaldi and Igor Stravinsky. He also works part-time as a research assistant to the artistic director of The Milken Archive of American Jewish Music and teaches chess privately.

Bassist CHRISTOPHER TORDINI is rapidly becoming an in-demand bassist in New York’s creative music community. He graduated from the New School University in May 2006 and soon after was asked to join Andy Milne’s band (Dapp Theory) and play on the band’s upcoming CD. While attending school, Tordini performed professionally with a number of his teachers, including Rory Stuart, Ari Hoenig, George Garzone, and Andy Milne. He has also performed with some of today’s most compelling
musicians, including Jean-Michel Pilc, Greg Osby, Jeremy Pelt, and Michael Dessen. Tordini performs frequently with other talented, like-minded young musicians like Mike Pinto, Tommy Crane, Logan Richardson, Frank Locrasto, Greg Ruggiero, Collin Killalea, Tyshawn Sorey, and Becca Stevens, all of whom lead their own bands and are determined to make their mark.

Pianist CORY SMYTHE (born 1977) is a graduate of the music schools at Indiana University and the University of Southern California. As a member of the new music group International Contemporary Ensemble, he has contributed to many premieres, worked with composers Philippe Hurel and Magnus Lindberg among others, and performed in many venues across the U.S. and abroad. A frequent collaborator with other artists, Cory has appeared most recently in recitals with violinist Timothy Fain, flutist Dora Seres, and in chamber music at the Indiana University summer festival. This season he makes his Carnegie Weill Hall debut with violinist Sung-Ju Lee and will be the piano soloist in Messiaen’s Trois petites liturgies de la présence divine with the Milwaukee-based ensemble Present Music. As an improviser and jazz musician, Cory has performed with the Greg Osby Four, with trumpeter Peter Evans, and Tyshawn Sorey. Cory’s principal teachers have included Luba Edlina-Dubinsky, Stewart Gordon, and Jeremy Denk.