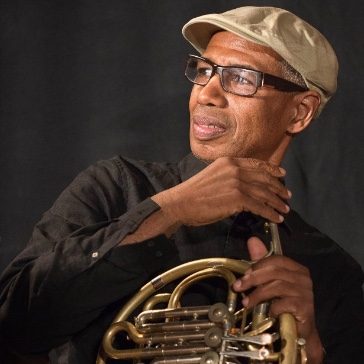 The Third Order Trio for his french horn, violinist Jill Jaffee, and Carol Emanuel on harp.