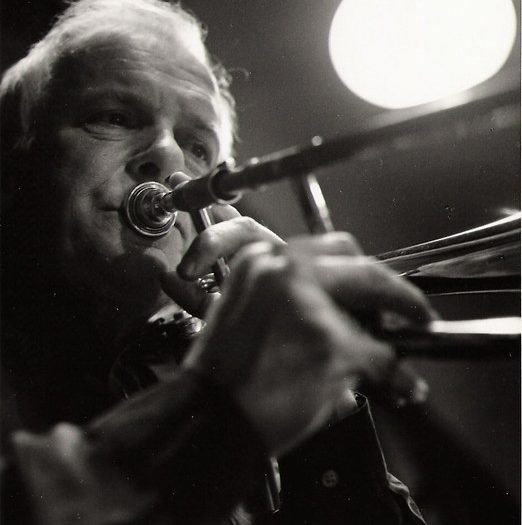 Slovenian-born, Berlin-based Vinko Globokar is a legendary innovator and creative source from the international new music and improvised music scene. He studied composition at the Paris Conservatory with Rene Leibowitz and Luciano Berlo. As a composer he was an important force in the early formation of IRCAM with Pierre Boulez. As a trombonist he has had many of Europe’s best contemporary composers create pieces for him. He will perform his solo recital My Body Became a Trombone, for trombone, electronic body attachments,16mm film and Alphorn.