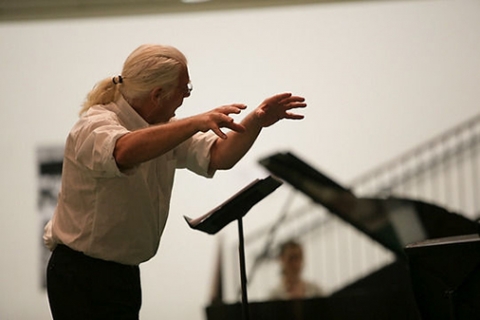 Vinny Golia (b. The Bronx, New York City, New York, March 1, 1946) is an American composer and multi-instrumentalist specializing in woodwind instruments. He performs in the genres of contemporary music, jazz, free jazz, and free improvisation. Golia lives in Los Angeles, California and teaches at the California Institute of the Arts. He has performed throughout the United States, as well as in Canada, Mexico, Europe, and Japan. In 1982 he founded the 37-piece Vinny Golia Large Ensemble to perform his compositions. Golia has performed and/or recorded with many notable musicians, including the Los Angeles Philharmonic Orchestra. Golia also founded the jazz record label Nine Winds in 1977.