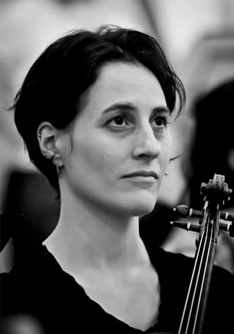 VITAL VOX: A VOCAL FESTIVAL explores the myriad power of the human voice in its solo and ensemble forms across a multitude of genres. It celebrates composer-performers in the vocal arts who stretch and expand the voice in new and original ways, continuing a strong contemporary tradition developed in the United States.

PHILIP HAMILTON – Vocalscapes: Solitude
Vocal explorer Philip Hamilton takes audiences on a journey of sounds using his voice, percussion and electronics. Hamilton, creator of the hit acapella show “VOICES”, uses vocal styles from across the globe to expand the imagination.

Philip Hamilton is a renown contemporary vocalist on the international Jazz and World Music stages. He is possessed with a voice that conveys a Warrior’s strength, a Blues man’s soul, a Romantic’s heart and a Muezzin’s spirit. Hamilton is a true original, who has performed or recorded with some of the leading musical minds of our time, including the Pat Metheny Group, Spyro Gyra, Steely Dan’s Donald Fagan, Gilberto Gil, Mike Stern and John Cage. His solo performances challenge audiences to redefine the voice and celebrate its limitless potential. His larger ensembles also cross musical boundaries as they take listeners on journeys inspired by the blues, rock, jazz, classical, as well as sounds from around the world. His ensembles have featured some of the music world’s best and brightest performers including Greg Osby, Chieli Minucci, John Medeski, Matt Garrison, Bill Evans, Mike Manieri, Richard Bona, Gil Goldstein, Ottmar Liebert and Vernon Reid. Philip Hamilton is also recognized as the leading contemporary composer of music for dance. The recipient of 2004 New York Dance and Performance Award (Bessie) for his Body of Work in the field of Composition for Dance. He has composed for the world’s leading choreographers and dance companies, including the Alvin Ailey American Dance Theater, Ron Brown, Mia Michaels, Ballet Hispanico, Rennie Harris, Robert Battle and Ann Reinking, the Tony award-winning choreographer of Chicago and Fosse. Ezekiel’s Wheel, Hamilton’s critically acclaimed work with Danny Buraczeski/Jazzdance is hailed as “a modern masterwork” in the Minneapolis Star Tribune.

“Hamilton’s masterful voice…presented a tapestry of vocal and musical wonders” – The Village Voice
“Contemporary and cutting edge”  - The New York Times
www.voicestheshow.blogspot.com
Raphael Sacks is an international voice and theater artist, and New York City native. In Sweden with Teater Slava, he improvised vocal solos for audiences of up to 8,000 people, and played Tristan in a new adaptation of Tristan och Isolde; in Rotterdam, Netherlands, he was a featured artist at the Institute For the Living Voice; and in London he premiered with the English National Opera. In NYC, Raphael has sung at BAM with Meredith Monk (Songs of Ascension); appeared at Lincoln Center and the historic Living Theater with Urban Research Theatre; and acted Chekhov and Shakespeare with British actress Eve Best (Three Sisters and Othello). This summer, Raphael will travel to Italy to devise an original interdisciplinary theater piece with the Art Monastery Project, and rejoin Teater Slava in Stockholm in the fall. Raphael also teaches yoga, and spent last summer participating in a two month yoga retreat, where he also taught Interdisciplinary Performance Studies as a part of the workshop setting.

Sasha Bogdanowitsch is a composer, vocalist & multi-instrumentalist whose work ranges from music for theater, dance and film to interdisciplinary performance and original songs. For the voice, Sasha often uses a language of sounds and has developed a way of singing that incorporates his studies in world, early & contemporary new musics. He has worked with many artists and companies such as: Loom, SoCorpo, Meredith Monk, Lou Harrison, Erdem Helvacioglu & the American Festival of Microtonal Music and has performed throughout the world and at various NYC venues like: Carnegie Hall, Whitney Museum, Symphony Space, BAM, La MaMa and the Stone. He is co-artistic director of Vital Vox and a co-founder of that, arts non-profit, World In One, www.worldinone.org,  and the Loom Ensemble, www.loomensemble.com . Sasha is currently active composing & performing solo and with interdisciplinary theater ensemble, Loom, and vocal duo, SoCorpo. www.sashabmusic.com

Sarah Bernstein is a violinist, composer, improviser, vocalist and poet. She leads the duo Unearthish with Satoshi Takeishi, presenting minimalist motifs with avant-jazz song form and original poetry, and is part of the improv trio Iron Dog with Stuart Popejoy and Andrew Drury, which showcases her sonic range on processed violin and spoken word. The recently debuted Sarah Bernstein Chamber Project introduces new acoustic compositions for nine instruments in various configurations. She performs and records with artists such as Anthony Braxton, Adam Rudolph, Joseph Daley, Dave Scott, and the Jazz & Poetry Choir Collective. Her film scores include the web documentaries of photojournalist Katja Heinemann. Originally from San Francisco, Sarah lives in Brooklyn, New York. She holds a BFA in Violin Performance from the California Institute of the Arts  and an MA in Jazz Studies from CUNY Queens College. sarahbernstein.com

Schifrin and Pablo Ziegler. He continues to explore multi-cultural, electronic and improvisational music with local and international musicians.