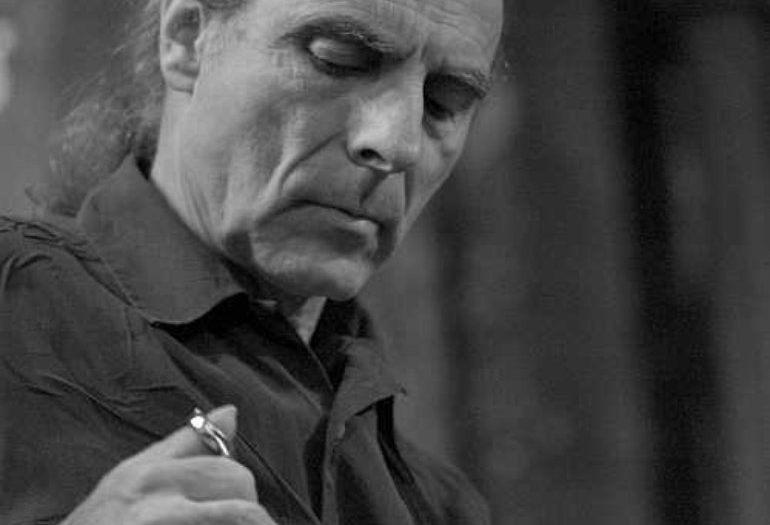 An artist who has been called “a composer of moody and elegant scores” by the Village Voice, “sensual and driving” by Other Stages and “elegant and snappy” by the New York Times, Vito Ricci has been on the leading edge of the downtown music scene since 1979. Tonight, Vito teams up with the Flux Quartet for an evening of premieres.

During his twenty-year-plus career, Mr. Ricci has scored over fifty productions including concert music, theater, dance, performance, film and video. His collaborative works include partnerships with Bob Holman, Martin Goldray, Rashied Ali, Flux Quartet, Jacob Burkhardt, Lise Vachon, and The Creation Company (for which he served as music director for over ten years). Performances of his works have been produced at The Skyball Theater, The Public Theater, Greenwich Music House, Cooper Union, Roulette, The Knitting Factory, St. Marks Church, The Performing Garage, the Walker Arts Center and the Southern Theater, both in Minneapolis, and the Sedgwick Cultural Center in Philadelphia.

Recent accomplishments in 2007 include composing the music for and producing the The Awesome Whatever a CD by poet Bob Holman, released in December, having a small piece in the just released Arid Lands, a documentary by Josh Wallaert and Grant Aaker. Officially releasing Musique Dameublement, a CD of ambient music, and composing music for The Desert a play by Matthew Maguire. In 2006 Vito produced Vocalise a CD by Lise Vachon released in September. His string quartet Birds In Flight was premiered by the Flux Quartet in May. Philosophies was scored for the Complexions Contemporary Ballet and toured the world. Ed Sanders Rebel Caf was scored and performed, and the Cicada Journal was premiered with Steve Dalachinsky at Roulettes Location One. In 2001, an electronic chamber opera, HELP was commissioned by the New York City Queens Council on the Arts; the same year, an electro-acoustic score for Jacob Burckhardt’s film Hebron Holiday, was commissioned and premiered at the Sedgwick Theater in Philadelphia.

Vito Ricci’s leading edge instinct and creativity have made him a vital and prolific composer of illuminating and compelling works. Infused with poignancy and honesty, his music has the power to linger in the listener’s memory.