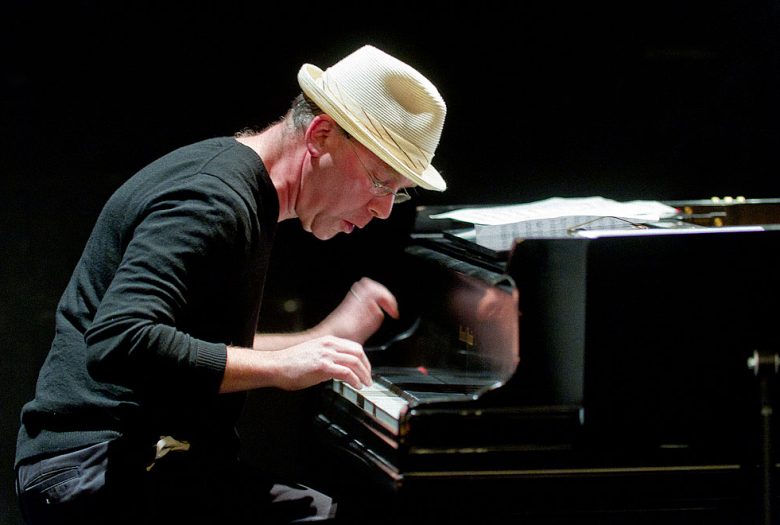 The Westerlies (“prevailing winds from the West to the East”) are a New York based brass quartet comprised of four friends from Seattle, Washington: There debut CD, released in 2014, is entitled “Wish The Children Would Come On Home: The Music of Wayne Horvitz”

Briggan Krauss and Wayne Horvitz have been performing together since 1991 in Pigpen, 300, Zony Mash plus Horns and numerous other collaborations. Yukio Suzuki and Wayne Horvitz, along with video artist Yohei Saito, were the principle collaborators for the 2012 Site Specific sound, light and movement event “55: Music and Dance in Concrete”. Horvitz and Suzuki have also worked together with Mr. Suzuki’s Kingyo company in the U.S. and Japan.

Composer, pianist, and keyboardist Wayne Horvitz is the leader of Sweeter Than the Day, Zony Mash, The 4 Plus 1 Ensemble, the Gravitas Quartet and co-founder of the New York Composer Orchestra. A prolific composer, he has been commissioned by the Seattle Chamber Players, the Icicle Creek Trio, Kronos, Meet The Composer, BAM and others. Collaborations include work with Paul Taylor, Gus Van Sant, Butch Morris, John Zorn and many others. He has produced CDs for Eddie Palmieri, Fontella Bass, Robin Holcomb and Bill Frisell among others. He is the recipient of numerous awards including the 2008 NEA American Masterpieces Award, the 2003, 2011, and 2014 Map Fund and the McKnight Visiting Composers Award.

Cristina Valdés is known for presenting innovative concerts with repertoire ranging from Bach to Xenakis. She has performed across four continents and in a multitude of venues including Lincoln Center, Carnegie Recital Hall, Nordstrom Hall, and the Kennedy Center. An avid chamber musician, Valdés has toured extensively with the Bang On a Can “All Stars” and has performed with the Seattle Chamber Players, the Mabou Mines Theater Company, the Parsons Dance Company, Antares, and Trio V. Her festival appearances include the Singapore Arts Festival, Brisbane Arts Festival, Foro Internacional de Musica Nueva in Mexico City, New Music in Miami Festival, Festival of Arts and Ideas, and the Festival of Contemporary Music in El Salvador among others. She has also performed with the Johns Hopkins Symphony Orchestra, the Binghamton Philharmonic, and the Stony Brook Symphony Orchestra. Valdés can be heard on several recordings on the Newport Classics, Albany, and Innova labels. She holds degrees from the New England Conservatory and SUNY at Stony Brook, and is the recipient of an Arts International Grant, the Thayer Award for the Arts, and an Yvar Mikhashoff Trust for New Music grant.