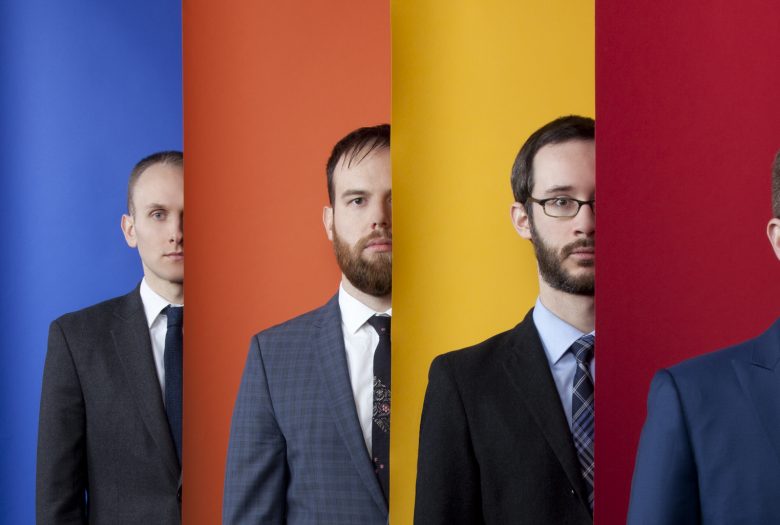 For more than fifteen years, the New York-based Wet Ink Ensemble has presented concerts featuring consistently diverse, fresh and exciting repertoire. Wet Ink has won praise for its “staggering” performances (Sound Projector, UK), “combining striking stylistic and aesthetic assurance with technical perfection (Dissonanz, Switzerland)”, and has developed a uniquely exciting performance practice through a collaborative, open process between composers and performers. The group has commissioned, premiered and recorded works by many of today’s most promising emerging composers, while also continually collaborating with a broad international range of highly-renowned artists.  In addition to Wet Ink’s NYC concert series, 2014-15 highlights include concert tours in Germany, England, and Chicago (a rare performance of Mathias Spahlinger’s olympian violin/piano duo, “extension”), and residencies at Smith College and the Walden Creative Musicians Retreat.

for cello solo and large ensemble

KATHERINE YOUNG: like a halo, only involving dust and water, not ice (2014)**

Praised for “superb” performances by The New York Times as well as his ability to “show off the instrument’s malleability and freakish extended range as well as its delicacy and refinement” by The Chicago Reader, Ryan Muncy is a saxophonist who performs, commissions, and presents new music. His work emphasizes collaborative relationships with composers and artists of his generation and aims to reimagine the way listeners experience the saxophone through contemporary music. He is a recipient of the Edes Foundation Prize for Emerging Artists, a Fulbright Fellowship in France, the Kranichstein Music Prize, and has participated in the creation of more than 125 new works for the instrument. His debut solo album Hot was released by New Focus Recordings in 2013, described as “absorbing” (Alex Ross) and “one of the year’s best albums” (Time Out New York). Before joining the International Contemporary Ensemble (ICE) as Saxophonist and Director of Individual Giving, Muncy was, from 2010 to 2014, the executive director of the Chicago-based new music collective Ensemble Dal Niente. Under his leadership, Dal Niente was named the first-ever ensemble recipient of the Kranichstein Music Prize, awarded at the 46th International Summer Courses for New Music in Darmstadt, Germany. Muncy holds the Doctor of Music degree from Northwestern University.

“Trailblazing” cellist Mariel Roberts (Feast of Music) is quickly gaining recognition as a deeply dedicated interpreter and performer of contemporary music. Recent performances have garnered praise for her “technical flair and exquisite sensitivity” (American Composers Forum), as well as her ability to “couple youthful vision with startling maturity”. (InDigest Magazine). Mariel performs internationally as a member of the Mivos String Quartet, and has performed with a variety of other ensembles in venues around the world as an advocate of living composers.  Mariel collaborates regularly with Wet Ink as a member of the large ensemble, and has premiered and commissioned works from all of the Wet Ink composers as both a chamber musician and soloist.

As a performer, Mariel seeks to expand the technical and expressive possibilities of her instrument through close relationships with other innovative performers and composers. Her passion for collaboration and experimentation has led her to premiere a huge number of new works by both emerging and established composers. She has performed in such venues as the the Kennedy Center, the Guggenheim Museum, Zankel Hall, MoMA, The Stone, Issue Project Room, and Roulette,  and has appeared on many international concert series including Wien Modern (Vienna, Austria), Darmstadt Internationalen Ferienkurse für Neue Musik (Darmstadt, Germany), Asphalt Festival (Düsseldorf, Germany), KLANG Festival (Copenhagen, Denmark) Cervantino Festival (Guanjuato, Mexico), HellHOT! New Music Festival (Hong Kong), Beijing Modern Festival (China) Shanghai New Music Week (China), and Aldeburgh Music (UK).

Wet Ink Large Ensemble is part of series of performances supported, in part, with funds from GENERATE: The Frances Richard Fund for Innovative Artists of Promise. GENERATE, instituted in celebration of Roulette’s 35th Anniversary in 2013, aims to provide immediate, practical assistance to artists, helping them achieve ambitious work to be presented in our theater. Click here for more information about how you can contribute to GENERATE.

The 2014-15 season of Wet Ink Ensemble is supported by The Alice M. Ditson Fund of Columbia University, the New York State Council on the Arts with the support of Governor Andrew Cuomo and the New York State Legislature, The Fritz Reiner Fund of Columbia University, the BMI Foundation General Grants Program, the NewMusicUSA: Cary New Music Performance Fund, and by individual donors.