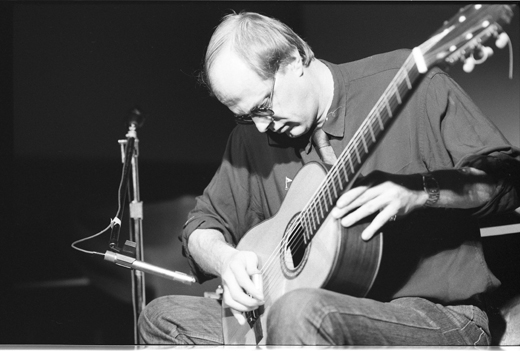 Hellerman’s concert involved him in the act of rapidly shaking a short steel tube against the strings of a classical guitar. It took him precisely one hour to slide the bar from the tuning pegs at one end of the neck to the bridge at the other. “…Hellermann takes risks. These days he is creating intertwine delicately, inextricably. His works defy labeling; he detests and eschews the term ‘multi-media’ and says, aptly, that his works fall ‘in the cracks’ between music, art and literature…” – Soho Weekly News May 10, 1979