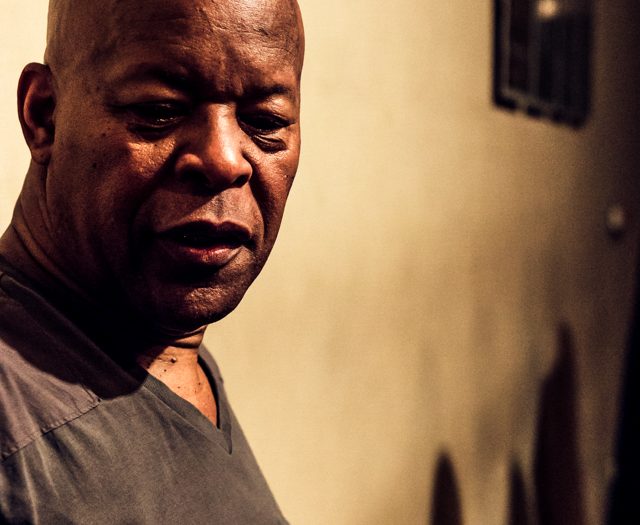 James Baldwin spoke truth to power as he saw it and as he experienced it. Be it a stinging rebuke aimed at the church that he loved or a disarming blow against those who argued for the disenfranchising status quo, James Baldwin suffered no fools- daring even to infuriate his closest allies with painfully eloquent critiques that rejected progress disguised as complacency and hypocrisies wrapped in sanctimonious postures

Conceived by the astounding drummer William Hooker, EVIDENCE; the baldwin suite is a stirring multimedia tribute to the ferociously daring novelist and social critic, James Baldwin. Featuring the talents of Mr. Hooker and his quintet (Tor Snyder, Jesse Henry, Matt Lavelle), rapper AKU STYX, and dancer-choreographer Kimani Fowlin, this hour long concert celebrates ‘The Year of Baldwin’ with references to Baldwin’s great works and adherence to his number one conviction: speaking truth to power, regardless of how painful. An informal discussion and reception will follow the performance.

With EVIDENCE; the baldwin suite, William Hooker pays homage to the multifaceted James Baldwin during his year. ‘The Year of Baldwin’ is especially important because many remain unaware of what Baldwin accomplished in ‘bearing witness’ to a particularly turbulent time in this country’s history. Truly ahead of his time, much of what Baldwin spoke presaged today’s hyper politicized reality with an acuity that borders on the supernatural. EVIDENCE serves not only as a reminder of what Baldwin knew to be true but for what he saw as the path to transcendence: self acceptance.