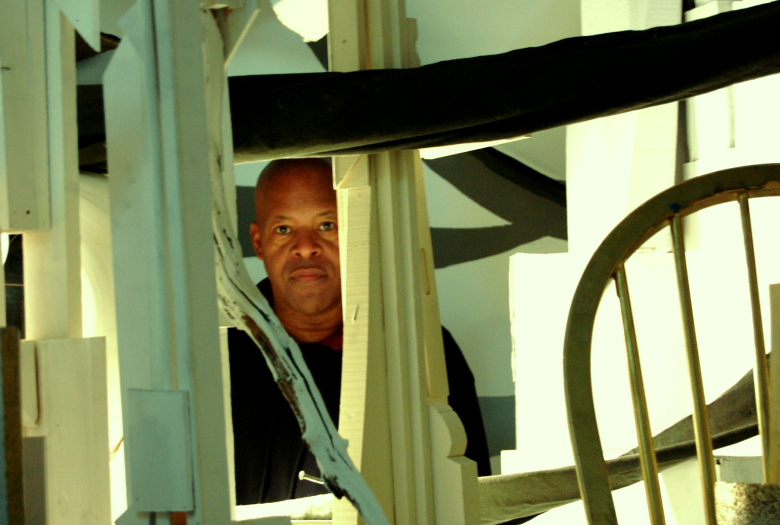 William Hooker presents: The Keys, a multi media piece using music, video and word. Inspired by “A Father’s Law” by Richard Wright, the compositions all represent major characters in the novel through diverse timbre and sonic abstraction.

William Hooker is an artistic whole, a vast circle of vision and execution. A body of uninterrupted work beginning in the mid-seventies defines him as one of the most important composers and players in jazz. As bandleader, Hooker has fielded ensembles in an incredibly diverse array of configurations. Each collaboration has brought a serious investigation of his compositional agenda and the science of the modern drum kit. As a player, Hooker has long been known for the persuasive power of his relationship with his instrument. His work is frequently grounded in a narrative context. Whether set against a silent film or anchored by a poetic theme, Hooker brings dramatic tension and human warmth to avant-garde jazz. His ability to find fertile ground for moving music in a variety of settings that obliterate genre distinctions offers a much-needed statement of social optimism in the arts. A disciplined, adaptive, and energetic approach to his medium insures that the oeuvre of William Hooker will continue to grow thicker and richer.

William Hooker has released more than 60 critically acclaimed CDs. As a composer, he has received commissions from Meet the Composer, the NY State Council on the Arts, The Wadsworth Atheneum. Real Art Ways, Walker Arts Center and others.