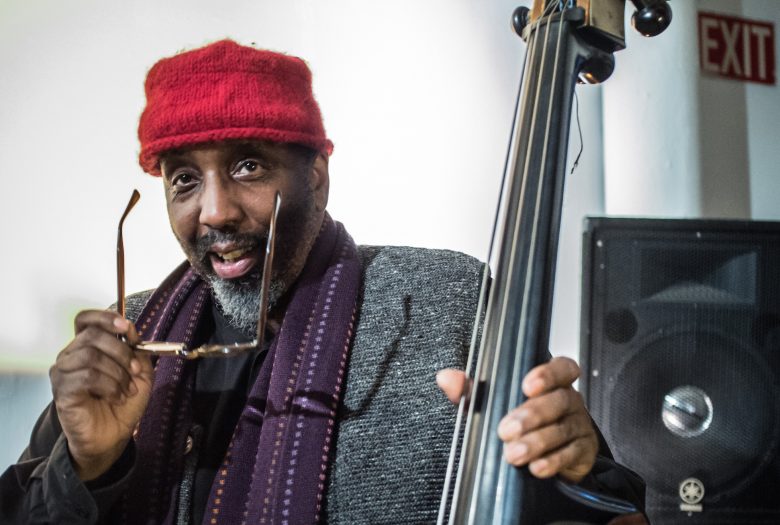 From the AUM Fidelity website:”‘Those in the music business say this music can only be so successful. I say there is no limit to what we can do for each other as human beings.” – William Parker

As William Parker embodies the beliefs that the existence of AUM Fidelity is predicated on, may that day come sooner when folks on a mass scale awake to the alter destiny as put forth by Mr. Parker, and the many great sages who have come before. Better will come.

He writes: ‘it is the role of the artist to incite political, social, and spiritual revolution, to awaken us from our sleep and never let us forget our obligations as human beings, to light the fire of human compassion. Sounds that enlighten are infinite. We can put no limit to joy, or on our capacity for love.’

The 90’s saw an appropriately growing appreciation of William Parker’s massive gifts as a musician, and in these earliest seedlings of the new century, his sheer humanity is taking deeper root in the essence of listeners’ beings.

It was early in the past decade that William took on the band leadership role that had long been urged on him by his fellow musicians. His talents as a composer and band-leader became quickly evident through his large ensemble – The Little Huey Creative Music Orchestra (still strong), his smaller group concept – In Order To Survive (since disbanded), and the collective quartet Other Dimensions In Music (forward ever). In addition, William is a root foundation member of the David S. Ware Quartet and the ensembles of Matthew Shipp. The full intensity and immensity of his destined collaboration with Chicago-based drummer Hamid Drake will be fully comprehended in the year 2012. Just know that you need to. The William Parker Quartet with Hamid, Rob Brown and Lewis Barnes has been his principal group as a leader since the dawn of the new millenium.” -SJ