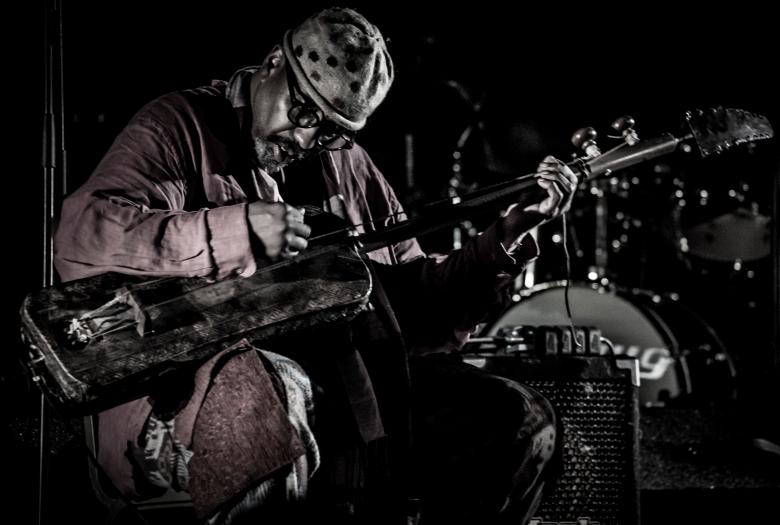 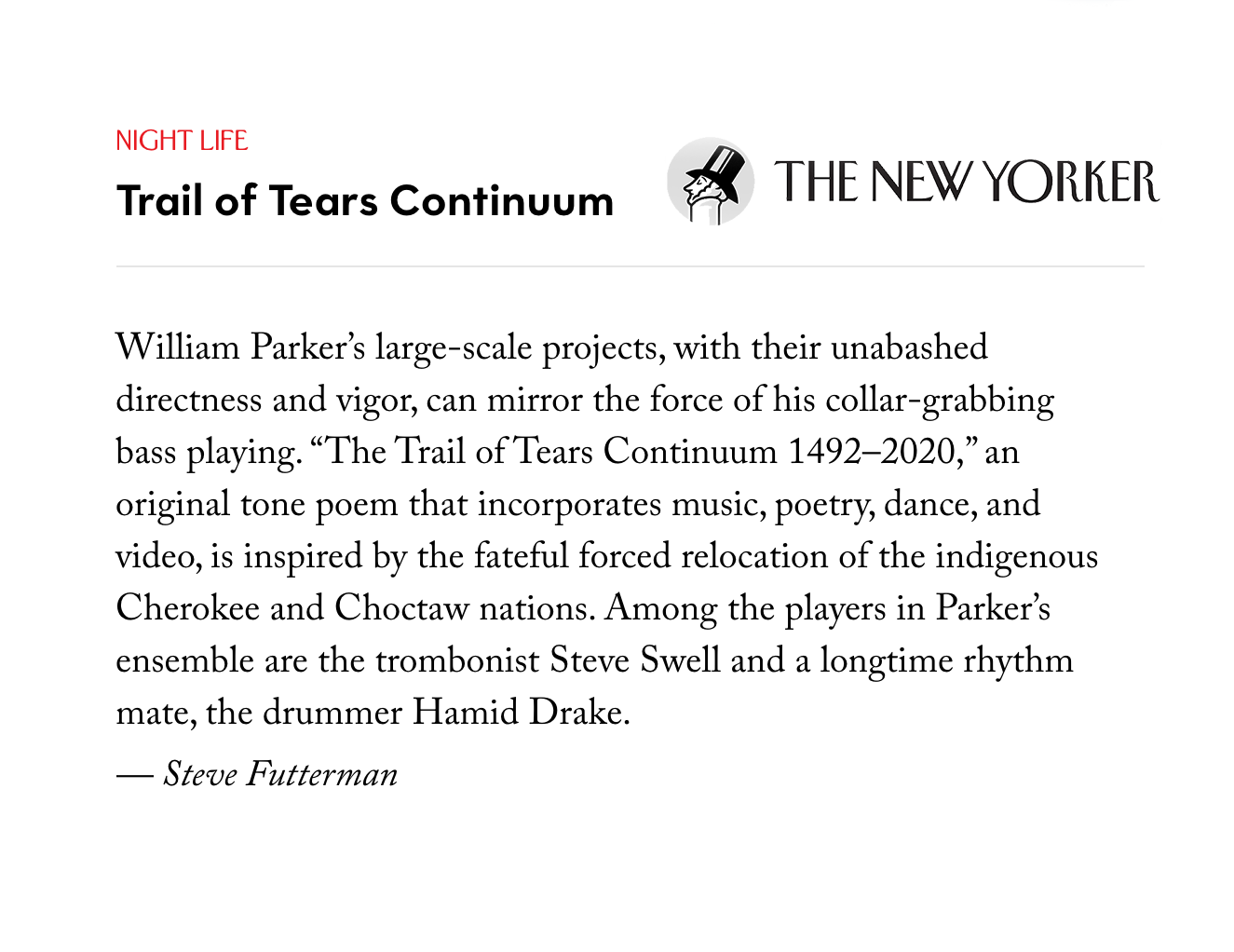 The Trail Of Tears Continuum 1492–2020 is a tone poem that reflects the history, pain, and hope inspired by The Trail Of Tears—the devastating relocation of 100,00o indigenous people, including members of the Cherokee and Choctaw nations, forced from their lands that resulted in the death of over five thousand people. This performance, written and created by William Parker, uses original music, poetry, dance, and video to tell this story. Moving seamlessly from one style of music to another, Parker uses the concept of Universal Tonality jazz, opera, folk, all blended as one.

Parker began working on this movement in August of 2018, yet tonight will be the first full performance with this intricate combination of music, video, and dance. The first iteration of the Trail of Tears was performed at Lincoln Center, in 2017, then at The Kitchen in March of 2019. This performance will be a further development of the music and will feature the addition of dance.

The composition of Trail of Tears is part of William Parker’s history of social-political work that includes, among many others, the Martin Luther King Project, which was performed at Roulette in 2016, and then later at The Berlin festival.

William Parker is an author, composer, improvisor, multi-instrumentalist. He began playing during New York’s loft jazz era in the 1970s. By the mid 70’s he performed with Cecil Taylor’s big band at Carnegie Hall and with Don Cherry at the Five Spot. Parker’s early collaborations with dancer, Patricia Nicholson created a large repertoire of composed music for ensembles ranging from solo works to big band projects. Nicholson and Parker have been central forces behind the annual New York Vision Festival, which began in 1996 as a successor to the Sound Unity Festival with fellow bassist Peter Kowald in 1984. Parker became internationally recognized when playing with Cecil Taylor from 1980 through
1991. Parker’s key collaborators included Billy Bang, Jemeel Moondoc, David S. Ware, Matthew Shipp, Charles Gayle, Milford Graves, Rob Brown, Hamid Drake, Cooper-Moore, Roy Campbell, Peter Brötzmann, among others. In the 1990s, Parker began In Order To Survive, the William Parker Quartet, Various Universal Tonality Orchestras and special projects such as the Essence of Ellington, and the Inside Songs of Curtis Mayfield. Parker has composed everything from operas, oratorios, ballets and film scores to soliloquies for solo instruments.