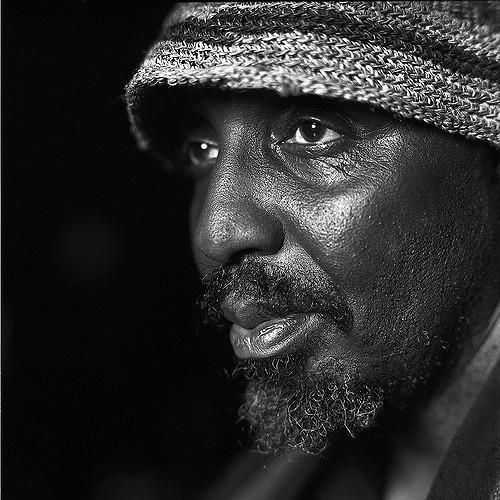 William Parker will be giving a talk after tonight’s concert.

BECOME A ROULETTE MEMBER and receive a special members discount for William Parker’s 3 night series.  For these events, members are welcome to extend their discounts to a guest ($5 off for standard Roulette Members, FREE for All Access Members).  To take advantage of this special discount, please contact the Roulette box office to reserve your member’s guest ticket at (917) 267-0368 or roulette@roulette.org.

Composer and bassist William Parker was born 10 January 1952 in Bronx, New York, USA. As Steve Greenlee of the Boston Globe stated in July 2002, “William Parker has emerged as the most important leader of the current avant-garde scene in jazz”. He is working in many of the more important groups in this genre, some of the most prestigious being his own, i.e. The Inside Songs of Curtis Mayfield, Little Huey Creative Orchestra, In Order to Survive, William Parker Quartet, Raining on the Moon and other groups. Mr. Parker is one of the most important composers in our time period, he is also a poet whose words are beginning to be heard in various media: in print, in song and in his theatre piece, Music and the Shadow People.

As a bassist, Parker is possessed of a formidable technique, albeit an unconventional one. Unlike a great many jazz bassists, Parker was not formally trained as a classical player, though he did study with Jimmy Garrison, Richard Davis, and Wilbur Ware and learned the tradition. Parker is one of few jazz bassists who regularly plays arco. He also plays several other instruments from around the world, including the West African kora.