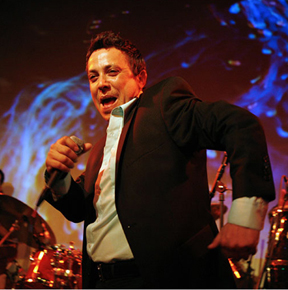 World Music Institute presents a special performance from Jose “Pepito” Gomez whose voice has carried him from playing in small bands in his hometown of Camaguey, Cuba to becoming lead singer of Maravilla de Florida, Charanga Latina Orchestra, and Habana Ensemble, respectively. He’s toured with the late Compay Segundo of the Buena Vista Social club and was a lead singer of the Cuban megaband, Pupy Y Los Que Son Son, before moving to the U.S.

The show will begin with a complimentary cocktail hour of classic Cuban Mojitos served from 7-8pm. From 7:30-8pm there will be Cuban Salsa dance lessons from Chris Rogicki. The show begins at 8pm with a special dance performance from Fuákata – Cuban Salsa New York: www.facebook.com/fuakata followed by a live performance from Pepito Gomez and his band.

The live performance will be followed by an after party until midnight brought to you by Salsondria with DJ MaddMaracas playing Timba dance music into the night and a special late-night Cuban music DJ set from World Music Institute’s own Artistic Director, Par Neiburger to close out the show.

Backed by a powerhouse ensemble of NYC’s Cuban all-stars, he moves from heart-wrenching romantic ballads to high-octane timba ­arrangements, replete with torrents of improvisations and frenzy-inducing call-and-response.