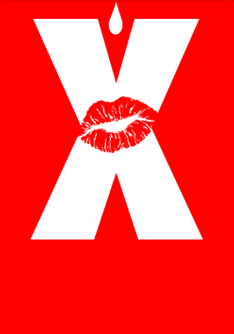 Meringue Diplomacy
Terri Hanlon, 2010, 57 min.
Meringue Diplomacy is a fantasy based on fact inspired by the life of the great chef Antonin Carême. Carême, in addition to many other accomplishments, created an entertainment and culinary environment which helped the diplomat Talleyrand determine the course of post-Napoleonic France. This French culinary history is filtered through a conceptual, romantic, psychedelic ’70’s San Francisco Bay area filter. Without “how to” food shots, Meringue Diplomacy combines classic documentary style, gestural choreography and animation. A delicious treat for Valentine’s day. The first 50 audience members will receive a complimentary meringue, one of Carême’s specialties.

Terri Hanlon’s previous video work has been shown at the New York Film Festival at Lincoln Center, the American Film Institute in Los Angeles, and broadcast on PBS. The New York Times has called her work “accomplished satire.” She is also known for her work in early experimental music videos using computer graphics and for her Iris print portraits, which are in private collections in Thailand, Germany, Spain and the United States.

Meringue Diplomacy has a music score directed by David Behrman, who most recently performed in New York at the Park Avenue Armory in the final performance of the Merce Cunningham Dance Company. The score features the music of Jacques Bekaert, Jon Gibson, Barbara Held, John King, Laetitia Sonami and David Behrman. Choreography is by Carol Clements.

The Chutneys at Roulette 2012