It is with great excitement that Roulette announces its Resident and Commissioned artists for the 2021–2022 season. Chosen through a rigorous evaluation process, artists are given financial and technical resources to create signature work in Roulette’s state-of-the-art theater.

Each artist will present at Roulette in the coming year. Immanuel Wilkins and Luke Stewart will be presenting next month in two special performances. Visit our website to learn more about each awardee and stay tuned for announcements about their upcoming performances. 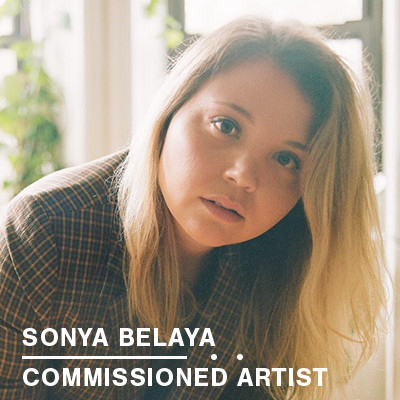 [commissioned artist] Sonya Belaya is a Russian-American pianist, singer, composer, and improviser, who divides her time between Michigan and New York. Committed to multiplicity, she is a diverse music-maker invested in vulnerable art and the development of intimate, meaningful collaborations. Her work explores the integration of women’s trauma and the immigrant experience as a musical narrative by centering power-sharing and storytelling as a symbol of powerful vulnerability. Belaya’s awards include the 2021 ACF Create Award and the 2020–2021 Resident Artist at Roulette Intermedium, made possible by the Jerome Foundation. She has performed as a pianist and singer with members of the Detroit Symphony Orchestra, New Music Detroit, Wild Up, Michigan Opera Theatre, Russian Renaissance, and Bang on a Can All-Stars. Belaya’s lead project is “Dacha”, an octet flowing freely through influences of creative music, jazz, folk, and contemporary music. The ensemble seeks to preserve and recontextualize the ancestral memories of Russian folk traditions. Consisting of musicians from diverse music backgrounds, the project uses storytelling and improvisation as a governing principle to transcend these differences for deeper musical dialogue. Dacha was born out of a necessity to find a sense of home and belonging, when Belaya’s mother went missing in 2014. This resulted in the first project, “Songs My Mother Taught Me”, a five song cycle released in May 2019. Belaya released a second album with the ensemble, Dacha: Live at Roulette, in September 2020. 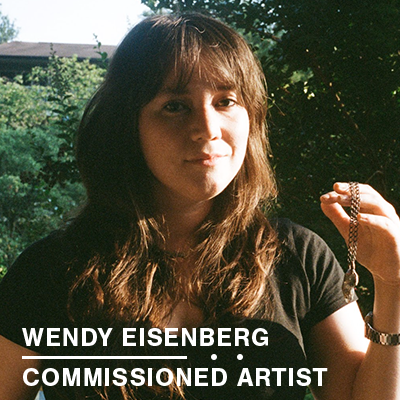 [commissioned artist] Wendy Eisenberg is an improviser and songwriter who uses guitar, pedals, the tenor banjo, the synthesizer, and the voice. Their work spans genres, from jazz to noise to avant-rock to delicate songs; their performances span venues, from international festivals to intimate basements. Though often working solo in both songwriting and improvisational realms, they also perform in the rock band Editrix, the jazz-adjacent band Strictly Missionary, a “hooky-free” trio with Allison Miller and Nick Dunston, and in endless other combinations of their heroes and peers. They have published essays on music in Sound American, Arcana, and the Contemporary Music Review. 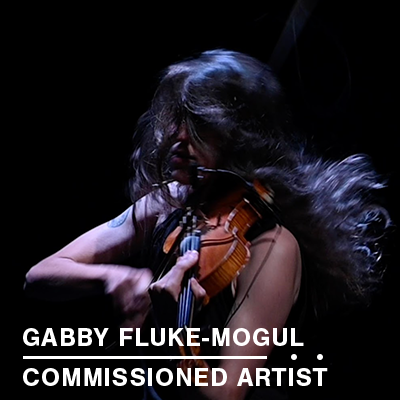 [commissioned artist] gabby fluke-mogul is a New York-based violinist, improviser, and composer. fluke-mogul exists within the threads of improvisation, the jazz continuum, noise, and experimental music. Their playing has been described as “embodied, visceral, and virtuosic” and “the most striking sound in improvised music in years.” gabby is humbled to have collaborated with Nava Dunkelman, Ava Mendoza, Fred Frith, Daniel Carter, Joanna Mattrey, Luke Stewart, Jessica Pavone, Brandon Lopez, and Pauline Oliveros among many other musicians, poets, dancers, and visual artists.

“A woman of a thousand voices… She offered an enthralling demonstration of the way songs, vocal styles and language might have evolved out of more primal musical impulses. (Stephen Holden, New York Times)

“A unique poetry…telling of the waywardness and drift of language…full of lust and humour, lasciviousness and rebellion…(Harry Lachner, Süddeutsche Zeitung) 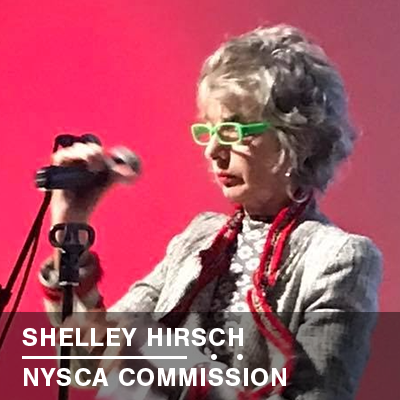 [NYSCA commissioned artist] Born and raised in East New York Brooklyn, Shelley Hirsch has been pushing boundaries with her unique vocal art drawing on her life experiences, her memory, and her vivid imagination for decades. She has presented her compositions, staged multimedia works, improvisations, radio plays, installations, and collaborations in concert halls, clubs, festivals, theaters, museums, galleries, and on radio, film, and television on five continents. Hirsch’s fellowships and awards include The Foundation For Contemporary Arts Grants for Artists; The John Simon Memorial Guggenheim Fellowship; A Creative Capital Grant; NYFA fellowships in both Music and Interdisciplinary categories; AIR Grants from The DAAD in Berlin, Havestworks, Yaddo, Queenslab, etc, and NYSCA Individual Artist Commissions, the latest in 2021 for a music composition commission which will premiere in Winter, 2021. Hirsch can be heard on seventy-plus recordings. In 2018, her archives were acquired by the Fales Library at NYU for their Downtown Collection. 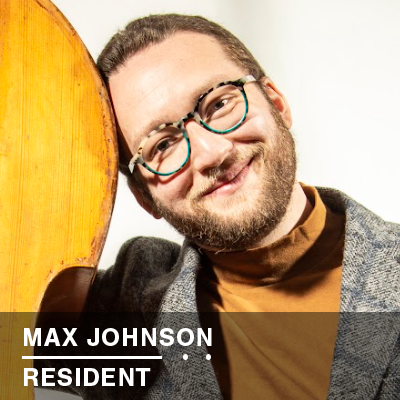 [resident] Described as “an intrepid composer, architect of sound and beast of the bass…” (Brad Cohan, NYC Jazz Record) composer-bassist Max Johnson creates complex worlds of sound, challenging his listeners to engage deeply and be rewarded with an experience always crafted with love, care, and clarity. With nine albums and over two thousand concerts internationally with artists like Anthony Braxton, Mary Halvorson, Tyshawn Sorey, William Parker, and Mivos Quartet, Johnson brings a wild energy and excitement. He has been commissioned by the Jerome Foundation, Society of Composers Inc; teaches music theory at Brooklyn College; and has a beautiful chihuahua named Gabby. 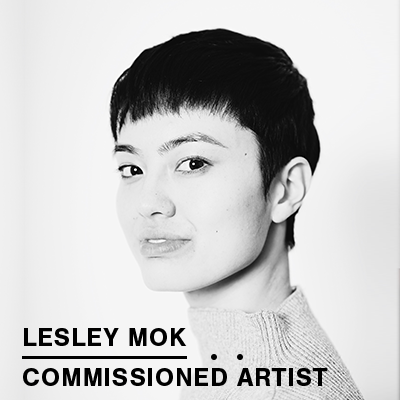 [commissioned artist] Lesley Mok is a drummer, composer, and improviser based in Brooklyn, NY. Interested in the ways social conditions shape our beings, Mok’s work focuses on transposing, augmenting, and overacting humanness to explore ideas about normalcy, alienness, and privilege. She explores this by writing in a way that subverts traditional instrumental roles, often utilizing extreme ranges and unconventional timbres while creating a context that allows for simultaneously different musical perspectives. By maintaining an agile and improvisatory approach, Lesley creates fantastical and evocative sound worlds through the use of dissonance. 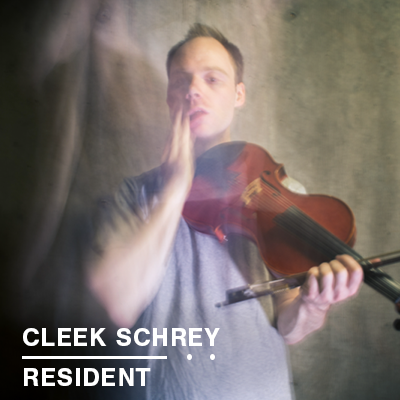 [resident] From Virginia, Cleek Schrey is one of the world’s few players of the hardanger d’amore, a uniquely-designed violin with five strings that resonate sympathetically beneath the fingerboard to create an acoustic resonance. Like his instrument, Schrey’s musical interests span centuries of tradition and repertoire. Schrey draws on fiddling practices from across the American south and introduces elements of traditional repertoire, improvisation, and experimental composition. His work is preoccupied with the physical phenomena of vibrating strings and the histories and aesthetics of recording technologies. He collaborates regularly with traditional fiddle icon Caoimhín Ó Raghallaigh and the viola da gamba virtuoso Liam Byrne in addition to experimental composers such as David Behrman and Alvin Lucier. Solo appearances include the Big Ears Festival (Knoxville), SuperSense Festival of the Ecstatic (AUS), and the Kilkenny Arts Festival (IE).

“A musician utterly at one with his instrument and his music.” — The Irish Times

“A rare combination of traits: deep respect for traditional music and the people who make it, and an unbounded curiosity about new directions for sound.” — Sound Post 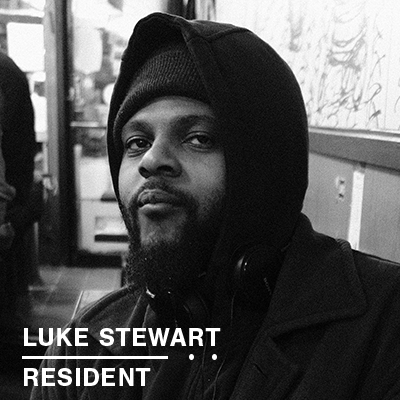 [resident] Luke Stewart is a Brooklyn/DC-based musician and organizer of important musical presentations, with a strong presence in the national and international Improvised Music community. He is noted in Downbeat Magazine in 2020 as one of “25 most influential jazz artists”of his generation. He was profiled in the Washington Post in early 2017 as “holding down the jazz scene,” selected as “Best Musical Omnivore” in the Washington City Paper’s 2017 “Best of DC,” chosen as “Jazz Artist of the Year” for 2017 in the District Now, and in the 2014 People Issue of the Washington City Paper as a “Jazz Revolutionary,” citing his multifaceted cultural activities throughout DC. In New York City, Luke collaborated with Arts for Art in hosting the first-ever “Free Jazz Convention” to share resources and strategies among the community. He has also performed in a myriad of collaborations and performances in venues such as The Kitchen, the Metropolitan Museum of Art, Issue Project Room, Pioneer Works, and Roulette. In 2021, he participated in artist residencies with Pioneer Works and Roulette. Some of his regular ensembles include Irreversible Entanglements, Heroes are Gang Leaders, Ancestral Duo, Heart of the Ghost, and experimental rock duo Blacks’ Myths, but in continuously working on the development of new collaborations and solo work. As a solo artist, he has been compiling a series of improvisational sound structures for upright bass and amplifier, utilizing the resonant qualities of the instrument to explore real-time harmonic and melodic possibilities. As a scholar/performer, he has performed and lectured at Harvard University, Johns Hopkins University, Medgar Evers College, George Mason University, Wayne State University, University of Montana, New Mexico State University, and the University of South Carolina. He holds a BA in International Studies and a BA in Audio Production from American University, and an MA in Arts Management and Entrepreneurship from the New School. In 2019, Luke was also a finalist for the Johnson Fellowship, citing his work in changing the musical fabric of Washington, DC. He is currently a participant in the Roulette Residency Program as well as a teacher at the New School. 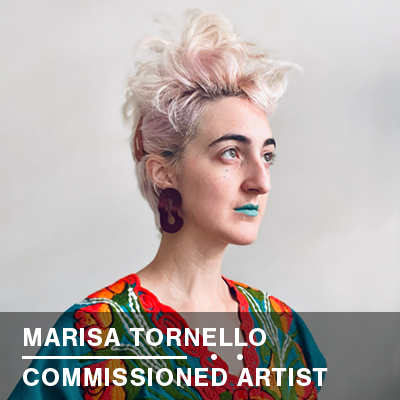 [commissioned artist] Marisa Tornello (she/they) is a composer, vocalist, performance artist, mover, and maker. From bodypaint to projection art, Tornello cultivates a platform for dialogue around the human psyche through the dual lens of trauma and healing. Their works have been shown at Roulette, the Tank, Jack, La MaMa ETC, Snug Harbor Cultural Center, Vital Joint, Invisible Dog Arts Center, and Judson Church, and have been featured in the Exponential Festival and Ladyfest at the Tank. Tornello is from and based on Staten Island, and is currently pursuing her MM at the New School. 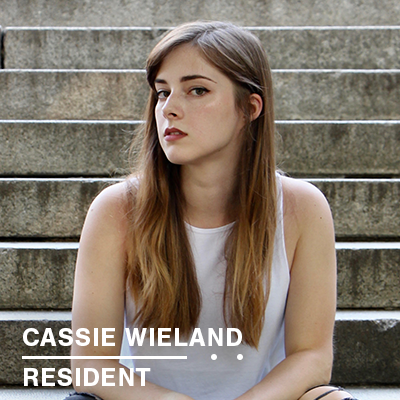 [resident] Composer Cassie Wieland (she/her) delves into intimate subject matters of human connection, interaction, and expression in various ways throughout her work, ranging from the exploration of found text to forming connections between natural phenomena and everyday life. Wieland masterfully experiments with timbre and texture, specifically through exploring intimate and fragile sounds, to achieve the “hand-made” sound she is often looking for: imperfect, but intentional. Wieland has been commissioned and performed by line upon line percussion, Ensemble Dal Niente, ~Nois, Unheard-of//Ensemble, Chromic duo, clarinetist Ken Thomson, percussionist Adam Groh, Ritual Action, the Illinois Modern Ensemble, and Great Noise Ensemble, among others. Her music has been featured at events such as the Bang on a Can Summer Festival, the SCI National Student Conference, the Red Note New Music Festival, the Electronic Music Midwest/Electronic Music Eastern festival, and the Maryland Wind Festival. Wieland has also been twice recognized as an ASCAP Morton Gould finalist and as the 2018 composer in residence for the Maryland Wind Festival. She has recently been named a 2020 Roulette Commissioned Artist and an inaugural Bouman Fellow for the 2019–2020 Kinds of Kings season. Her music has been featured on New Sounds, I Care if You Listen, AnEarful, and The Road to Sound. 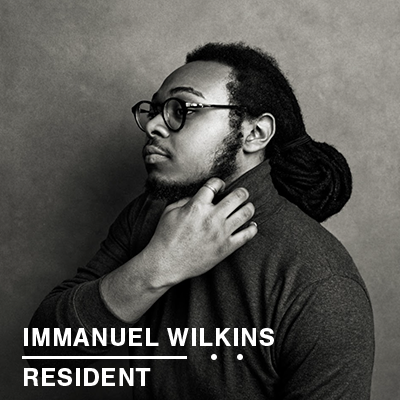 [resident] Immanuel Wilkins is a saxophonist, composer, arranger, and bandleader from the greater Philadelphia-area. While growing up, he honed his skills in the church and studied in programs dedicated to teaching jazz music like the Clef Club of Jazz and Performing Arts. Moving to New York in 2015, Wilkins proceeded to earn his bachelor’s degree in Music at Juilliard while simultaneously establishing himself as an in-demand sideman, touring in Japan, Europe, South America, The United Arab Emirates, and the United States and working and/or recording with artists like Jason Moran, the Count Basie Orchestra, Aaron Parks, Gerald Clayton, Gretchen Parlato, Lalah Hathaway, Solange Knowles, Bob Dylan, and Wynton Marsalis. His own work as a bandleader has evolved tremendously in recent years allowing him to grow as a composer and arranger and has led to him to receive a number of commissions awards from including from Roulette, The National Jazz Museum in Harlem, The Jazz Gallery Artist Residency Commission Program, and The Kimmel Center Artist in Residence for 2020. Wilkins’s mission is to create a sound that has a profound spiritual and emotional impact which will allow him to become a great leader in the long lineage of jazz musicians. Through studying the human pathos of the music and the culture of jazz, Wilkins aspires to bring people together through the commonality of love and belief in this music.