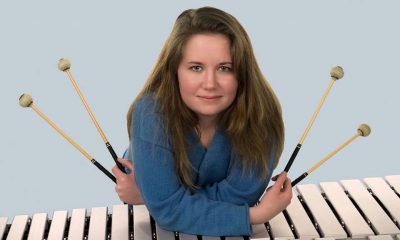 Sportsmen choose Lovegra thanks to its long effective drug duration: its action lasts for nearly 36 hours on end. It also contains medicines that have been previously authorized for marketing but are currently no longer authorized. In clinical trials prior to Viagra Introduction to the market, the most common side effects were headaches, nasal congestion, impaired vision, flushing, and indigestion.

Brooklyn, NY – This special evening focuses on the work of legendary composer and performer Roscoe Mitchell. Rooted in activism, Mitchell’s work has become extremely influential to a new generation of artists who merge their artistic practice with social justice. In these performances by Anna Wray, Michael Lofton, and Brian Adler and the Human Time Machine, the artists join forces with electronics and visuals to explore Mitchell’s work and the injustice being done to the African American community.

Anna Wray’s newest chapter has her returning to her roots to New York after earning a BA and MFA in California. Her time on the West Coast provided her with multiple opportunities to improvise and perform with top artists such as William Winant, Zeena Parkins, Roscoe Mitchell, Steven Schick, Julia Wolfe, Christian Wolff, among others. Anna’s primary focus is to embark on a creative collaboration process with composers, musicians, dancers, theatre groups, and artists on the cutting edge of experimental music and experimental art.

“dim,” “this is,” and “because it’s” by Roscoe Mitchell
Scored for baritone and piano
Performed by Michael Lofton and Red Wierenga