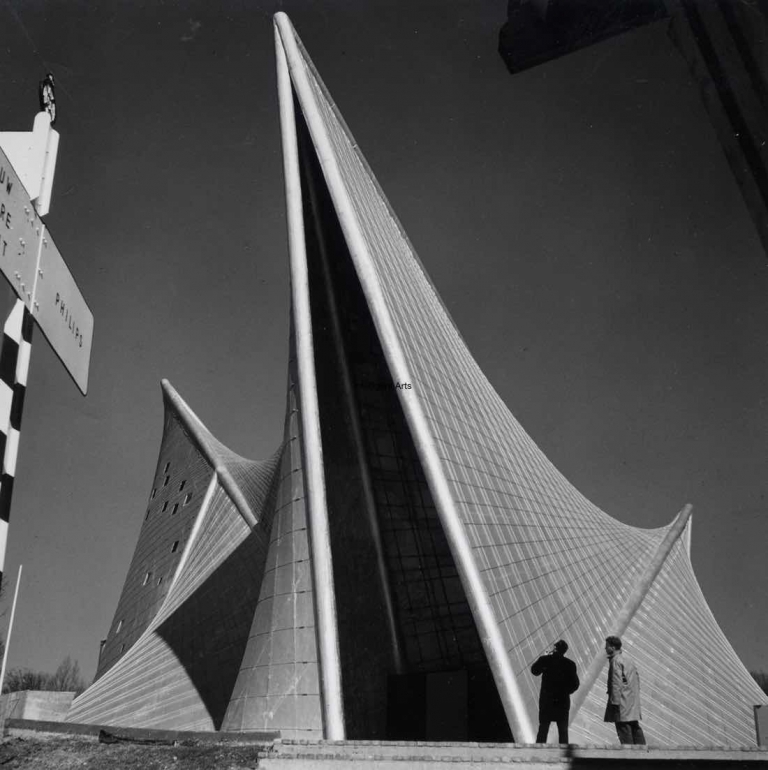 The Philips Pavilion at the 1958 Brussels World’s Fair

In 1913 composer Maurice Ravel was recorded playing his own piano music using the exotic Welte-Mignon recording process. This was a player piano that captured not just the notes but dynamics and tempos as well. In that incredible year and for some decades forward, many composers did the same, including Paderewski, Busoni, Grieg, Scriabin, and Debussy. The remarkable thing about hearing these is the loose and funky approach they had to the music. Some of these characters made extra cash playing piano in bar rooms and brothels. Imagine The Sunken Cathedral as a barrel house, stride piano romp. Our romantic interpretations go sour.

These recordings are an historical marker in our appreciation of the composer as performer. This tradition is ancient but thinly documented. Mozart’s “embellishments” in his live shows are legend, and are preserved in transcription. The practice certainly goes back millennia. Imagine riffing in Gregorian chant, for sure.

The Festival of Mixology is Roulette’s celebration of this tradition. Technology meets the hand of the maker. This is key. The composer’s voice is uninterrupted by interpreters or production noise. The MixFest focuses on “new and unusual uses of technology that incorporate sound”. Technology liberates the composer to be more than two hands. Over the last century that has become very interesting.

For example, the use of the turntable as a musical instrument. John Cage’s Imaginary Landscape No. 1 of 1939 used variable speed turntables and pre-recorded test tone records. Pierre Schaeffer went further using a disk-cutting lathe, four turntables, a four-channel mixer, filters, an echo chamber, and a mobile recording unit. He is also the first composer to use magnetic tape (incredibly liberating then, but clumsy compared to our digital currency). Schaeffer also started incorporating noises as musical material, which launched musique concrète.

Then we have arguably the greatest multimedia event of the twentieth century (though John Cage’s HPSCHD is a close second). The Philips Pavilion of 1958 in Brussels was designed by architect Le Corbusier, and elevated by the great composer/engineer Iannis Xenakis and the sounds of Edgar Varèse’s Poème électronique (hundreds of speakers throughout!). It combined architecture, multi-channel sound, projections, sculpture, light, and audience interaction. You can’t touch this. They tore it down.

My own first experience with electronic music performance was nothing like this. The lights went down and two pin lights appeared on the speakers. In the dark we listened to a spectacle of stereo sound. Years later a revolt occurred. Composer/performers actually appeared on the stage with their apparatus. Diddling and tweaking sounds. Over time this, too, grew tiresome. Watching someone work is a piece you only need to see once. So, composers began to get off the table of gear, with controller gloves and wands and all types of gadgets. What do we need to see? What do we want to hear?

Where do we go now?

This year’s Mixology Festival is an investigation into space. Multi-channel sound can create illusion and wonder and an artful experience. Curator Michael Schumacher has long championed this aural magic. His Diapason Gallery was the longest running, and only dedicated, listening space for sound art in New York. The hand, and the voice, of the maker will be heard. Go listen.

David Weinstein is a co-founder of Roulette and curator of the first Festival of Mixology in 1991. He is currently working to restore historic radio broadcasts, digitize the Roulette audio archive, and introduce new artists on his radio show on WFMU.