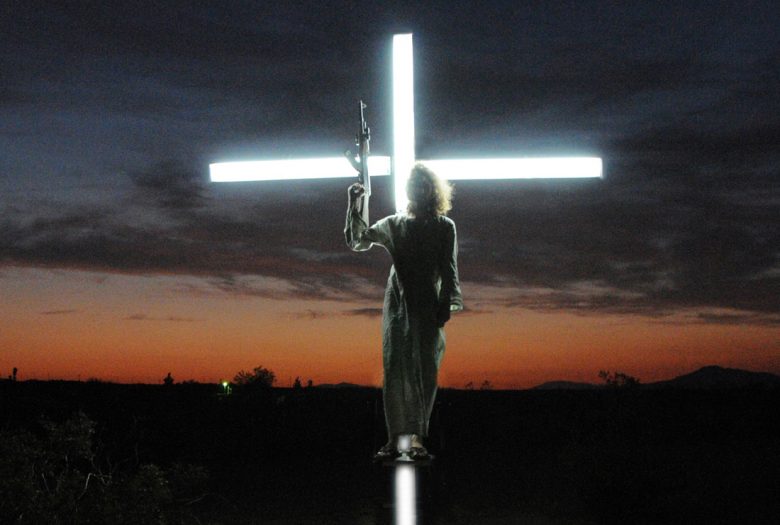 “29 SpaceTime” is a work of Multimedia Performance Art with interactive panoramic visuals, sound, music and performance by Julia Heyward and Perry Hoberman. Part docudrama, the narrative is inspired by the beliefs and activities of the inhabitants within a circle of mountains in the Mojave Desert. These narratives are presented within a panoramic projection including planetary movements, big sky weather, predator and prey activity, military maneuvers, and a top-secret engineered world ending event. The nighttime war maneuvers including laser fire, bombs, shape-shifting aircraft, and mysterious geometric light formations, dwarfed only by ‘desert storms’ of the natural kind.

Through the telescope of collective myth and the microscope of personal revelations “29 SpaceTime” looks at aspects of surveillance, mind control, imperial dominance, autonomous space, and the contradiction in the human desire to be “watched over” while practicing free will. All this is witnessed against the backdrop of the spectacle of war, whose theater pretends to watch over and protect us.

29 SpaceTime: Julia Heyward and Perry Hoberman is part of our Intermedia Performance Series, which explores the possibilities of technical and artistic improvisation.