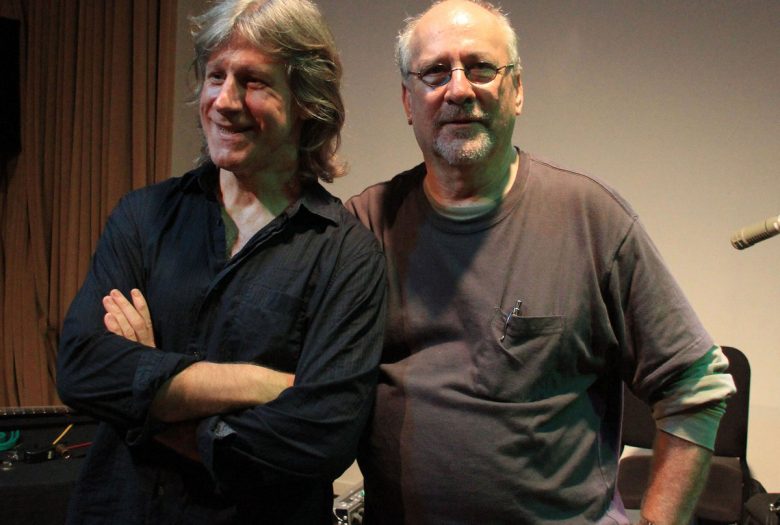 Michael Lytle and Nick Didkovsky have been playing together for over 25 years. It began with Nick’s band “Dr. Nerve”, a highly energetic new music/rock/jazz blend (still performing and recording), continued through special projects like “The Monkey Farm”, a mixture of poetry and conducted improvisation, to their most recent project, the trio “Swim This” with Gerry Hemingway on drums and percussion. “Swim This” is a highly innovative improvisational ensemble that mixes electronics, multiphonics, large sound complexes, irregular rhythms, and some avant-guard jazz with mostly European Classical New Music elements. It is quite the “Sonic Swim” that Nick and Michael continue on the occasion of this duo. You can hear a recording of the trio “Swim This” on the web. http://www.punosmusic.com/pages/swimthis/

Michael Lytle (aka elewhale) has been a New Music Improvisor since 1968. He has performed with William Parsons, Karl Berger, George Cartwright, Garette List, David Moss, John Zorn, Nick Didkovsky, Dave Douglas, Hans Burgener, Martin Schutz, Gerry Hemingway, Mark Dresser and has been involved in over 30 recordings since the 5* rated Iowa Ear Music of 1976. An early Electronic Music composer, Lytle invented the set of totally unique methods of clarinet family sonic modulation and performance, called the “most radical of his generation” by Joachim Berendt, that he will be demonstrating on October 1st.