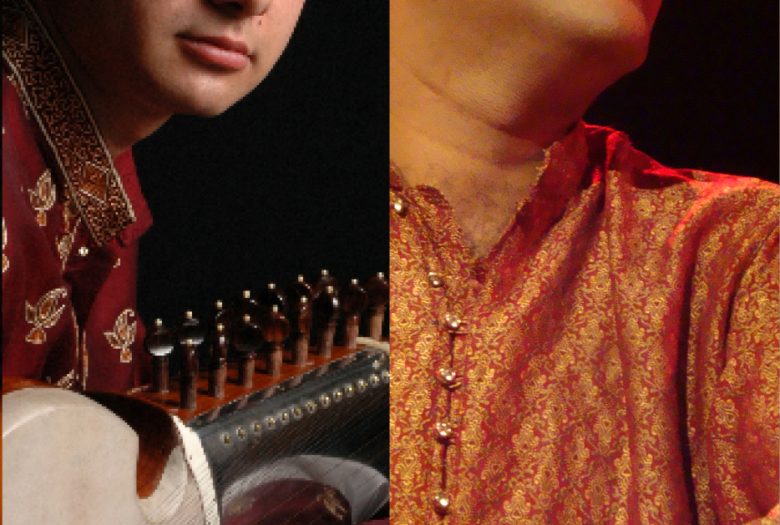 7PM Conversation with Robert Browning & Steve Gorn – the first in a series of dialogues on world music and it’s origins in New York.

Alam Khan presents a program of traditional North Indian ragas performed on the sarod: a fretless skin-faced lute with a metal faced neck, four playing strings, two rhythm strings, two drone strings, and up to fifteen sympathetic strings, an instrument made famous by Alam’s father, Ustad Ali Akbar Khan, and grandfather, Ustad Alauddin Khan. The first part of a raga, known as alap, is deeply meditative and employs considerable improvisational skill. As the raga progresses it becomes more rhythmic and when the tabla (tuned drums) enters, a dialogue between the instruments takes place – the meter gets faster, and the piece ends in a display of musical fireworks.

Alam Khan is the youngest son of the late Ustad Ali Akbar Khan, one of the greatest Indian musicians of the 20th century and a longtime resident in California. Alam Khan, like his father, plays the sarod, a skin-faced lute that is one of the primary instruments of classical Hindustani (North Indian) music. Following in his illustrious father and grandfather’s (Alauddin Khan) footsteps he is building a reputation for his personal style that is innovative yet steeped in tradition.
alamkhan.com

Nitin Mitta is an accomplished and distinctive tabla player with a reputation for technical virtuosity, clarity of tone, and sensitivity to melodic nuances. He has performed with some of India’s finest musicians and has toured throughout the world.