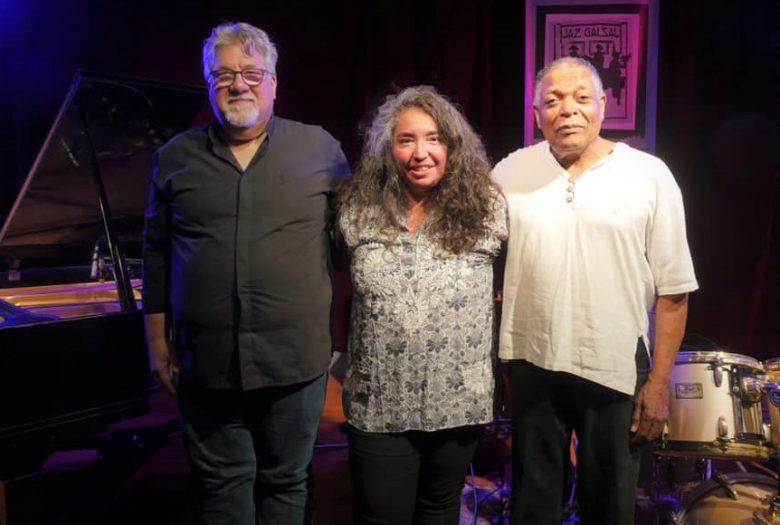 Proof of vaccination will be required to attend this performance.
A live stream will be available free of charge at 8pm on the day of the performance and archived for future viewing.
Please support Roulette this season. Donate.

In this new amalgamation, longtime friends—pianist Angelica Sanchez, bassist Michael Formanek, and drummer Billy Hart—perform original music and the music of Mary Lou Williams, Duke Ellington and Cecil Taylor in advance of their new album scheduled for release on the Sunnyside label in the Spring of 2022.

Since moving to New York in 1994, pianist/composer/educator Angelica Sanchez has collaborated with such notable artists as Wadada Leo Smith, Paul Motian, Richard Davis, Jamaladeen Tacuma, Nicole Mitchell, Rob Mazurek, Tim Berne, Mario Pavone, Ben Monder amongst others. Her music has been recognized in national and international publications including Jazz Times, The New York Times, Chicago Tribune amongst others.

Bassist Michael Formanek‘s creativity and versatility is the range of distinguished musicians of several generations he’s worked with. While still a teenager in the 1970s he toured with drummer Tony Williams and saxophonist Joe Henderson; starting in the ’80s he played long stints with Stan Getz, Gerry Mulligan, Fred Hersch and Freddie Hubbard.

NEA Jazz Master Billy Hart is a jazz drummer and educator who has performed with some of the most important jazz musicians in history. Early on, Hart performed in Washington, D.C. with soul artists such as Otis Redding and Sam and Dave, and then later with Buck Hill and Shirley Horn, and was a sideman with the Montgomery Brothers (1961), Jimmy Smith (1964–1966), and Wes Montgomery (1966–1968).