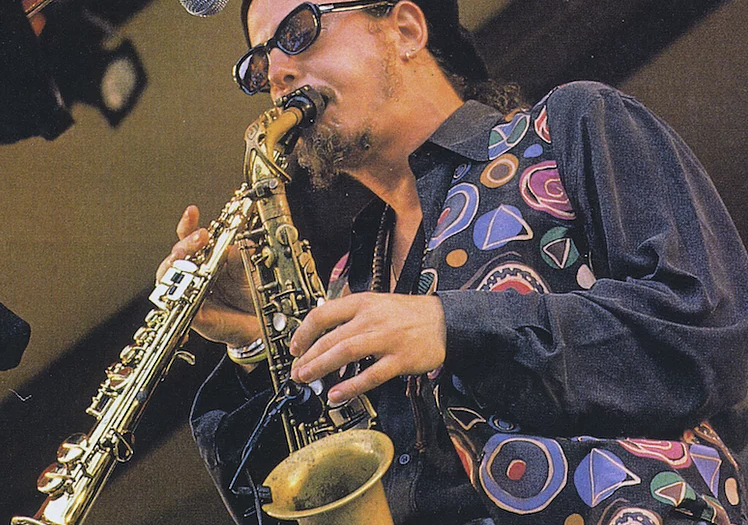 TBA, live and in person: a conglomerate of three men and their musical lives. Barron, trombone, Chapin, sax, Rayskin, cello and a variety of small percussion and wind instruments. Together they will present a rousing night of intriguing music. Exciting and profound, they will take you on a most extraordinary adventure.

Arthur Barron attended the Berklee School of Music, influenced by both bebop and R&B, and started doubling on flute. In the 1970s, he worked as a concert tour manager for the CTI label, spent time managing Keystone Korner in San Francisco, gigged briefly with the Eddie Henderson-Julian Priester band, and was inspired on tenor by Joe Henderson (who gave him lessons) and Pharoah Sanders. After a period spent in Spain in the late ’70s, Barron moved to New York, where he led a funk-oriented group and also a jazz quartet. He gigged in New York through much of the 1980s (including leading a funk band called the Flying Tigers), and then moved to Florida, where he opened the club Tropics International and led the octet Lost in the Shuffle. 1989-91 was spent in Hong Kong and gigging in the East before returning to Miami in 1991 in order to run Rose’s Bar & Music and start the Dragon Rose label. —Bio as of 2019

Thomas Chapin attended Phillips Academy in Andover, Massachusetts where he studied classical music and jazz. He began his serious studies in the late 1970s, attending the Hartt School of Music at the University of Hartford in Connecticut, studying with saxophonist Jackie McLean. In 1980 he graduated from Rutgers University where he studied with saxophonist Paul Jeffrey, pianist Kenny Barron and guitarist Ted Dunbar. From 1981 to 1986 he toured with the jazz grand master Lionel Hampton as lead saxophonist and musical director of the band. He also performed with Chico Hamilton’s band from 1988 to 1989. In the late 1980s he formed his own groups, of quartets, quintets, and a group and album devoted to Brazilian music, Spirits Rebellious (Alacra), as well as founding Machine Gun, a free-funk-free-jazz-rock band with guitarist/producer/engineer Robert Musso. But most notably, forming what became his signature group, a trio with bassist Mario Pavone and drummers Steve Johns and later, Michael Sarin. For nearly ten years Chapin pursued his own music, working with the Thomas Chapin Trio at festivals and clubs around the world, including a milestone career performance at the Newport Jazz Festival in 1995. He also arranged larger groups (Trio with Brass, “Insomnia” and Trio with Strings, “Haywire”). And he spent a good deal of his time working with the more important names in various factions of jazz. He performed with Ray Drummond, Anthony Braxton, Tom Harrell, Sonny Sharrock, John Zorn, Walter Thompson, Dave Douglas, Marty Ehrlich, Ned Rothenberg and many more. —Bio as of 2019

Boris Rayskin was a Russian cellist from St. Petersburg who had been based in New York for the past several years. A very energetic person and a wonderful cellist in his 30s, Boris possesed a very broad range of talents. He performed in the US and abroad with orchestras, chamber groups and avant garde jazz groups. Boris was the leader and catalyst behind some ambitious groups which tried to integrate musicians, dancers and artists on the same stage. He was also a featured soloist at last yearıs New Directions Cello Festival at Berklee College of Music in Boston. His last large scale project was the Sergei Kuryokhin International Interdisciplinary Festival. The SKII Festival was a two week long music festival which took place this past January in several venues around New York City and, among other disciplines, it incorporated musicians from a very broad range of styles. —Bio as of 2019