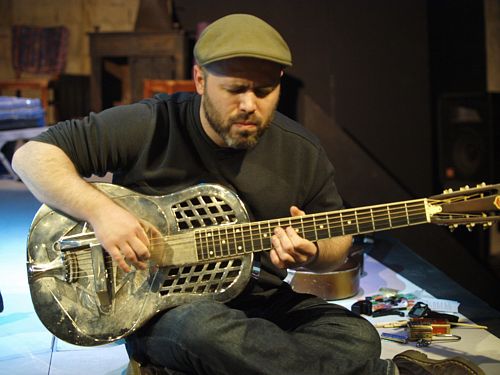 “…with Clifton Hyde’s steel guitar wafting by like a distant freight train you know this is turning into a great album.”
-No Alternative Magazine

He has also collaborated with the sculptures of French artist, Alain Kirili and the paintings of artist Lou Rizzolo for the World Peace Art Initiative in Stavanger, Norway. He has composed modern classical music for modern dance choreographer, Janis Brenner as well as providing music for the Czech-American Marionette Theatre.

He has performed in the pit for numerous Broadway/Off Broadway shows such as Jesus Christ Superstar, Guys and Dolls, Hair, City of Angels, Return to the Forbidden Planet, Blood Brothers, Tommy, The Three Penny Opera, Little Shop of Horrors, Children of Eden, and many regional and touring companies. …